This article will not be updated anymore. We have launched a blog dedicated to comic book reading orders, where you can find more information about Marvel comic books.

It’s quite difficult to write about Black Panther because there’s not a lot of homogeneity between the different runs. Each author made something drasticly different with the characters and if you don’t like one, you’ll probably love another.

That said, let’s begin with my favorite and probably the most revered run, the Christopher Priest’s one. 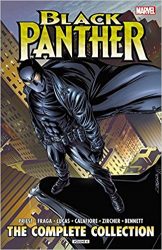 Old Black Panther’s stories are quite problematic for various cultural reasons, I may say. Christopher Priest introduced in 1999 in what is known as the volume 3 of the Panther.

The beginning – the storyline known as The Client – is a bit confusing, the way Priest built his narrative is not linear, but the characterization of Black Panther is really good. T’Challa acts unapologetically like the powerful man he is and that helps to establish the superhero as a force to be reckoned with in the modern Marvel era.

Pries’s run has been collected in a new format, the ‘Black Panther by Christopher Priest: The Complete Collection’. There are 4 TPBs in that collection. 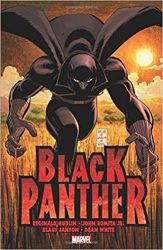 2. “Who is the Black Panther?” by Reginald Hudlin

Christopher Priest offered us the best Black Panther, but he could not stay on the title indefinitely. Reginald Hudlin picked up the story with a sort of reboot. A new beginning for new readers.

If you want to know what Black Panther is about, Who is the Black Panther? is a good way to start. It’s the first storyline by Hudlin (volume 4), what followed was unbalanced and sometimes quite divisive. 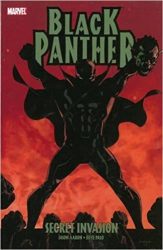 Hudlin left temporarily the title before the end of volume 4 (he came back for volume 5). Jason Aaron wrote what is basically a tie-in for the Secret Invasion story. That said, it’s pretty self contained.

So, there’s a war with the Skrulls and T’Challa has to fight to defend the Wakanda against the alien invasion, which he does pretty well. Overall, it quite an entertaining story that shows us the character in a way the recent stories had not done well. 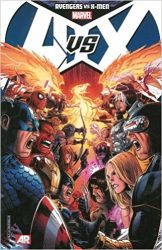 If you want to start Black Panther with a team of familiar characters, Avengers Vs. X-Men could be an entry point for you. Mostly because it leads to the New Avengers Series 3 by Jonathan Hickman in which you can follow T’Challa as a key member of the Illuminati.

All this will eventually lead you to go back to the solo series. In fact, it’s the best introduction in order to understand the volume 6 written by Ta-Nehisi Coates. 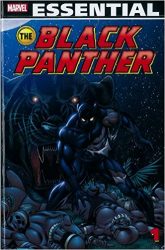 There’s some good stuff in here with a lot of action and adventures.

You can also discover where to start with the following characters: The Punisher, The Flash (the Barry Allen version), Captain Marvel, and Spider-Man.