Where to start reading The Flash, the Barry Allen version?

Last Updated 2 years ago.Barry Allen is so fast, he will be on the small and the big screen at the same time this year. He also is in the pages of his own comics. If you want to read some of his adventures on paper, here is a little guide to help start.

Who is Barry Allen?

Barry Allen is the most famous Flash, thanks to his various incarnations on the screen, but he is not the first one. He is actually a reinvention of the character that had appeared in 1940s comic books.

Created by writer Robert Kanigher and penciler Carmine Infantino, Barry first appeared in Showcase #4 (October 1956). Everything begins one evening at the Central City Police Lab where Barry is alone and working late. A lightning bolt shatters a case full of chemicals and spills all over Barry. Our police scientist survives this accident, but discovers his whole being and molecular structure has been accelerated. He is now able run at super-speed, vibrates through walls and more (like time travel).

Where to start reading The Flash/Barry Allen comics?

Let’s begin to point that Barry Allen died a hero, saving the Multiverse in 1985. After that, Wally West became the titular Flash during the next 23 years. Yes, Barry Allen has been out of the superhero business during that long. This return to the DC lineup has been set in motion in 2008, and has since played a pivotal role in the crossover stories.

Because of the fact that Barry has been dead for more than 20 years, you can find most Barry Allen’s exploits in the last decade. 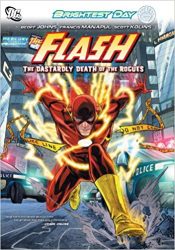 Writer Geoff Johns and artist Ethan Van Sciver brought back Barry Allen in the DC Universe with the miniseries The Flash: Rebirth. The book deals with his resurrection with a lot of Flash lore. It’s not a recommending reading for new fans. It’s better to know a little bit more before reading this title.

After that begins volume 3, still written by Geoff Johns. The first TPB know as The Dastardly Death of the Rogues, a good story that deals with Barry returning to Central City. Because it’s DC, there is also a crossover with the Brightest Day event. 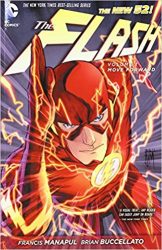 DC Comics relaunched The Flash with issue #1 in September 2011, with writing and art handled by Francis Manapul and Brian Buccellato as part of DC’s company-wide title relaunch, The New 52. It’s the perfect starting point for new readers as you don’t need any backstory. Though, it’s not in the first position, because the story quality is quite meh. It is known that it’s better to stop after volume 4 (there is 9 TPBs during this era).

Barry Allen, like almost all superheroes, is about five years younger than the previous incarnation of the character. In this new continuity, Barry’s marriage to Iris West never took place, and he is instead in a relationship with longtime co-worker Patty Spivot. Barry Allen also works to proving his father’s innocence in the murder of his mother (like in the CW TV Series). 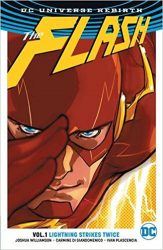 After New 52, DC Comics had a new and successful relaunch with Rebirth. The Flash was restarted with a new series that, again, doesn’t require too much info. The situation with the two Wally West is a little bit complicated but nothing that’s gonna put a big stop during reading. Not the most compelling read at the beginning but the title becomes better as it goes along.

The new series by writer Joshua Williamson and artist Carmine Di Giandomenico focuses on Barry dealing with unraveling the cause of this loss of 10 years with Wally, as well as taking on the new villain Godspeed. 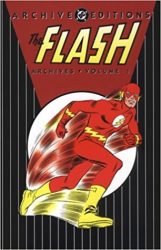 Like old school comics? You can go back to the Silver Age period.

In the late 1950s, DC introduced a new version of the Flash, paving the way for a major superhero revival. These are the fast-paced adventures that introduced police scientist Barry Allen to a generation of readers. 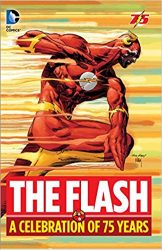 The Flash is more than Barry Allen. It’s also Jay Garrick, Wally West and Bart Allen. And what better way to learn a little bit more about the fastest man alive than this hardcover edition covering seven and a half decades.

From the story that started it all to a story from the New 52. It is an eclectic selection who can give a little more insight about the Flash world. There’s always discussion about those kind of selection, but it’s still a pretty good way to discover more about a superhero.

1 thought on “Where to start reading The Flash, the Barry Allen version?”