Last Updated 3 months ago.As you probably have heard by now, there will be a Captain Marvel movie from Marvel Studios in the near future. For one second when I heard the news about this movie, I thought of Mar-Vell, but turns out that they will go with Miss Marvel herself, Carol Danvers. Why not Monica Rambeau or Phyla-Vell if they wanted a female Cap Marv? Who knows? I’ll come back for a more detailed article about Carol Danvers soon, but I thought it would be a good idea to write about all the previous Captains before.

I will not talk about alternative version, just the Captain Marvel from the regular Marvel universe and timeline.

First thing firsts, the original Captain Marvel, the Kree warrior named Mar-Vell. After Marvel Super-Heroes #12 and #13, he got his own series. It’s all, so not all the issues have been collected. So, here what you’ve got : 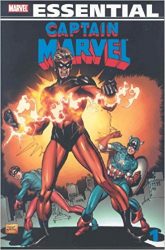 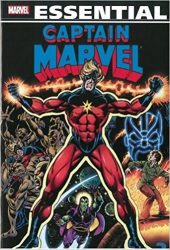 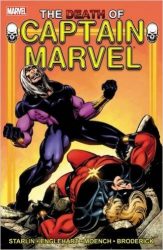 After the Death of Captain Marvel, we continue with Monica Rambeau, introduced as Captain Marvel in the Amazing Spider-Man Annual #16 published in 1982. Monica sporadically appeared here and there, but mostly in the Avengers.

Monica Rambeau was a police lieutenant from New Orleans who possesses the power to transform herself into any form of energy. 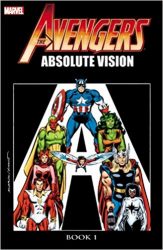 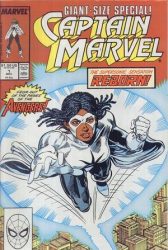 The third Captain Marvel (my favorite) is Genis-Vell. He first appeared in Silver Surfer Annual #6 (1993) using the codename of “Legacy”. Genis is the genetically engineered son of Mar-Vell and his lover Elysius, created from the late Mar-Vell’s cell samples and artificially aged. Like his father, Genis wears the Nega-Bands, possesses Cosmic Awareness and is bonded with Rick Jones.

Genis appears in Silver Surfer and the Cosmic Powers miniseries before staring in the Captain Marvel (vol. 3) by Fabian Nicieza and Ed Benes. Do not start with that, be the best of Genis was written by Peter David, so let’s start with that: 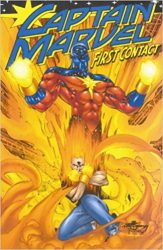 In 2002, Marvel re-launched Captain Marvel with a number one, and Peter David took the book in a new darker direction. Not the best starting point.

As Captain Marvel, Phyla-Vell is quite the minor one, even if she is Genis’ sister. She was created by Peter David and Paul Azaceta in Captain Marvel (vol. 5) #16. From that point on, she became a recurring character in the regular series, and kind of shared the mantle with her brother.

Phyla became the new Quasar in Annihilation: Conquest, then became part of the line-up for the new Guardians of the Galaxy by Dan Abnett and Andy Lanning, a must-read.

Let’s just say that you don’t really start with Phyla if you want some Captain Marvel stories.

This one is also not a big Captain Marvel, but he has a complicated history. As the fifth Captain Marvel, Khn’nr first appeared in Civil War: The Return (in March 2007).

The thing is that Khn’nr was a Skrull sleeper agent. The big twist is that he was bound with Mar-Vell’s DNA to lock itself into Mar-Vell’s form and was given replicas of the Nega-Bands. Furthermore, his personality was erased and the Mar-Vell persona took control. That’s why during the Secret Invasion, this Captain Marvel fought against his people.

As I was saying, a complicated history. You can read it in Captain Marvel: Secret Invasion. 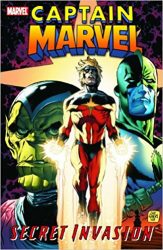 Like with Khn’nr, the story of Noh-Varr as Captain Marvel is not a long one, not even an important one. At that point the mantle had lost a good portion of his prestige.

Noh-Varr first appears in Marvel Boy #1 (published in August 2000). He only became Captain Marvel at the behest of Norman Osborn, and joined Osborn’s new Avengers team, the Dark Avengers as part of the Dark Reign storyline. Discovering that his teamates were not the heroes of the story prompt him to quit. The Supreme Intelligence suggested that he should become the Kree’s protector of Earth. He did it and forget all that Captain Marvel business to be named Protector. 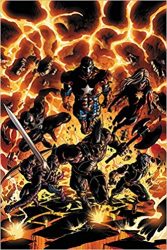 And now, the last and also the one destined to become the most famous Captain Marvel, Carol Danvers. 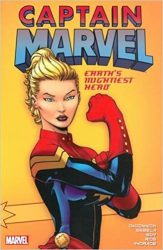 That said, Marvel seems to meet some difficulties with the character, rebooting the series again and again. So there are other points of entry. The best is probably the miniseries The Life of Captain Marvel which offers a new origin story for the character. It’s a good place to start before reading the last series written by Kelly Thompson.

That’s all for Where to start reading Captain Marvel? In a near future, we will go beyond that with more Carol Danvers as Captain Marvel.