I should probably have used the title ‘How to read Isaac Asimov’s Robot, Empire and Foundation series?’ but I didn’t want to make a title that was just too long. So, let’s talk about the great Isaac Asimov and some of his most famous works.

What is the Foundation Series?

The original Foundation Trilogy is one of the most celebrated works of science-fiction. Originally, it was a series of eight short stories published in Astounding Magazine in the 1940s.

Everything starts in a future where the mathematician Hari Seldon has developed the concept of psychohistory that he used to predict the future, but only on a large scale. He foresees the fall of the Galactic Empire and, to ensure a favorable future for humanity, he gathers talented minds to basically become the foundation for a new society.

Soon, they found themselves facing hard choices that will determine the future or the end of Mankind. Asimov says that when he wrote ‘Foundation’, he had no idea that he had begun a series of stories.

After the original Trilogy, he wrote new books and extended the universe with connections to the Robot Series and the Empire Series.

There is not a single and simple answer to that question. So, I’ll propose to you two alternatives and you’ll do as you want.

Let’s start with my proposition, then with the one Isaac Asimov himself wrote in the ‘Author’s Note’ of the Prelude to Foundation.

I. The original Foundation Trilogy

Let’s be honest, it’s better to start with the best and the heart of the story. These three books compose the original trilogy. 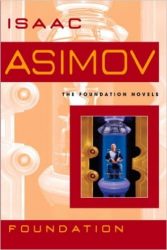 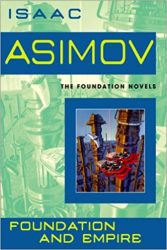 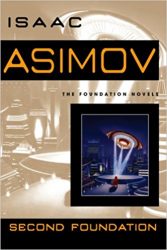 II. The prequels and sequels

It’s a bit like Dune. First, you continue with the sequels and then you’ll go back to the start. Why? Because the two prequel books kind of change your perspective, but you’ll have a better appreciation for the beginning you know where everything is going. And Asimov wrote them knowing exactly where the story was going, so it’s better IMHO to have the same knowledge, in a way. That’s my take, and that’s why I’ll recommend you to follow Asimov’s chronology if you don’t agree. 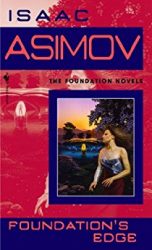 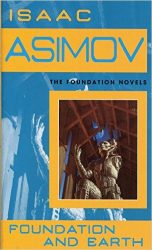 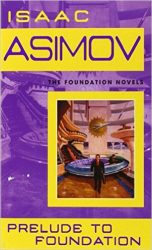 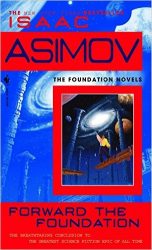 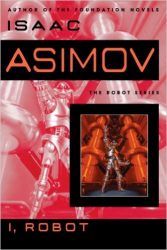 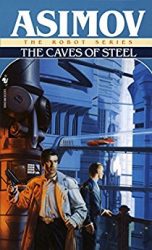 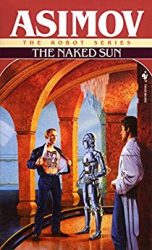 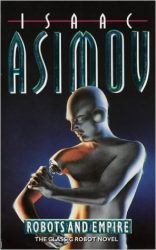 To get back to the Foundation discussion, the Empire novels take place before the Foundation prequels, but after the Robots series. The connexions with the Foundation universe are less strong than between the other two series. In fact, it’s pretty optional, but if you want more and don’t mind weaker stories, those we’ll do. 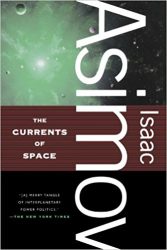 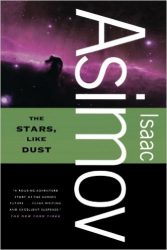 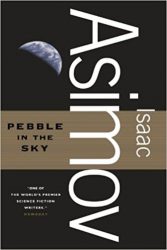 As I wrote before, Asimov didn’t know that the Foundation Series would become that big and that he was going to connect the series to Robot and Empire. So, in the ‘Author’s Note’ at the beginning of Prelude to Foundation, he offered his own reading order – a chronological order, to be precise.

Could the Foundation series be similar to how STAR WARS was released?

Such a great list! And thoughts! Thank you I will follow your suggested reading order. I was reading all things Asimov, even his biography, and I had already read a few books and they happened to be in this order so I am happy.

Hi, in which order are you reading the book? There is a lot of mess in the comment section so i didn't understand. Should i follow this order?

I, Robot The Caves of Steel The Naked Sun The Robots of Dawn Robots and Empire

The Stars, Like Dust The Currents of Space Pebble in the Sky

the end of the Robot Series End of Eternity Empire Series

Like some others have mentioned, I read the series pretty much as they were published. (Except the prequels not written by Asimov). Now I am trying to reread in more or less timeline order (spoilers don't really matter much since I've read most of the books anyway). These lists are very helpful. But timeline is impossible to follow accurately with so many cross-references in the books.

Where do you recommend putting the three not written by Asimov?

I understand a lot of people like discussing and arguing this sort of stuff, but for people like me that are reading this for the very first time, this article was absolutely INFURIATING. You should warn in the introduction that there are MAJOR SPOILERS. You seriously ruined a major aspect of the series for me. Utterly disappointed that I know Foundation 1 is going to be destroyed before I read book 2. Thanks! X(

I think you've just done the same thing you've protested about. I missed the bit you mentioned in the original article, but I caught it in your comment. Why on earth would you mention it like that?! 🙄

The plot descriptions give a false impression of what happens. You should be able to get full enjoyment from the books. That said, the synopses could have better.

I would say read the Foundation books by the other authors. Yes the styles are somewhat different, but they are 3 good reads. Asimov might not have taken the story in the same direction but as you say he was the best. However, I will not say the same for the Apple TV series which storywise begins roughly as Asimov's story but then degrades very, very quickly into crap with so many major changes that it might as well be in a completely different Universe and dimension. I will watch the last episode of season one in 2 days time just so my brother can as well and then cancel my Apple TV subscription because I only took it out being so excited to at last be able to see the Foundation series on film, but it just seems all wrong.

Tbh, the series is quite nicely made. The graphics are spectacular, the story is fascinating, the extra bits and pieces added to it mostly make for a very enjoyable fable, with a few exceptions. What I found annoying is the 3-emperor-clone thing, which makes absolutely no sense, takes far too much time out of the narrative and undeservedly becomes a central part of the story. Also, while I have absolutely no qualms about Gaal Dornic being a female character (and a very sassy one at that), Eto Demerzel is definitely a male character and should not have been changed. Anyone who has ever read the Elijah Baley books, Prelude to Foundation and Forward the Foundation will understand why

Having never been a "true" science fiction reader, I'm sorry to hear that you didn't like the Apple TV "version" of Foundation; as watching the show actually made me reach out to learn what to read of Isaac Asimov first. So they must have done something right, as I was actually enthralled by the story.