Where to start reading The Punisher comics?

Last Updated 5 months ago.There is a new Netflix series about The Punisher. It’s a good time to talk about the comic books and where to start reading them.

Who is The Punisher?

Created by writer Gerry Conway and artists John Romita Sr. and Ross Andru, The Punisher made his first appearance in The Amazing Spider-Man #129. His real name is Frank Castle and he is an extremely violent vigilante who’s not afraid to kill, kidnap, and torture.

For Castle, everything began after his family was killed by the mob. This US Marine Special Forces veteran went on a vengeful quest and never stopped.

Where to start reading The Punisher comics?

The easiest answer who’ll be with everything Garth Ennis wrote, but let’s go further in details. 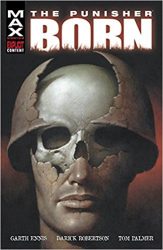 If you want an origin story, Punisher:BORN is the way to go. It’s a four-issue comic book limited series written by Garth Ennis and illustrated by Darick Robertson. It was published under the MAX imprint, but it’s not in the continuity. You can read it separately from the rest of Ennis’ MAX run. 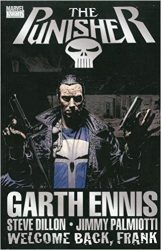 If you want to go into an ongoing series, you might want to start with a limited one that preceded the Marvel Knight series written by Garth Ennis and Steve Dillon.

‘Welcome Back, Frank’ is a 12-issue storyline and a great way to enter the Punisher universe. after that, Ennis wrote most of the five following volumes of the Marvel Knight The Punisher series:

After that, you can read the MAX series, also by Garth Ennis. 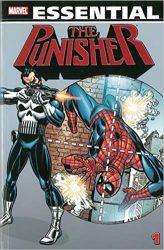 If you want some classic Punisher from the ’80s, you’ll have to start with ‘Punisher: Circle of Blood’. It’s the first real series, well, miniseries about Frank Castle. Written by Steven Grant, and illustrated by Mike Zeck and Mike Vosburg, this story about Castle being break out of prison to join a group of vigilantes did a lot of things Marvel never did before, establishing the violent world of the punisher. All the issues are now collected in one volume with all his previous apparitions. 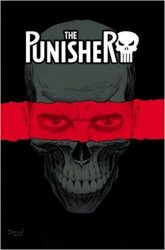 If you want to go into the last Punisher series, you’ll have to start with Becky Cloonan and Steve Dillon’s On The Road.

After that, you’ll have to read End of the Line to be up to date.

Not the most interesting entry in the Punisher history, but if you really want the latest thing.

1 thought on “Where to start reading The Punisher comics?”