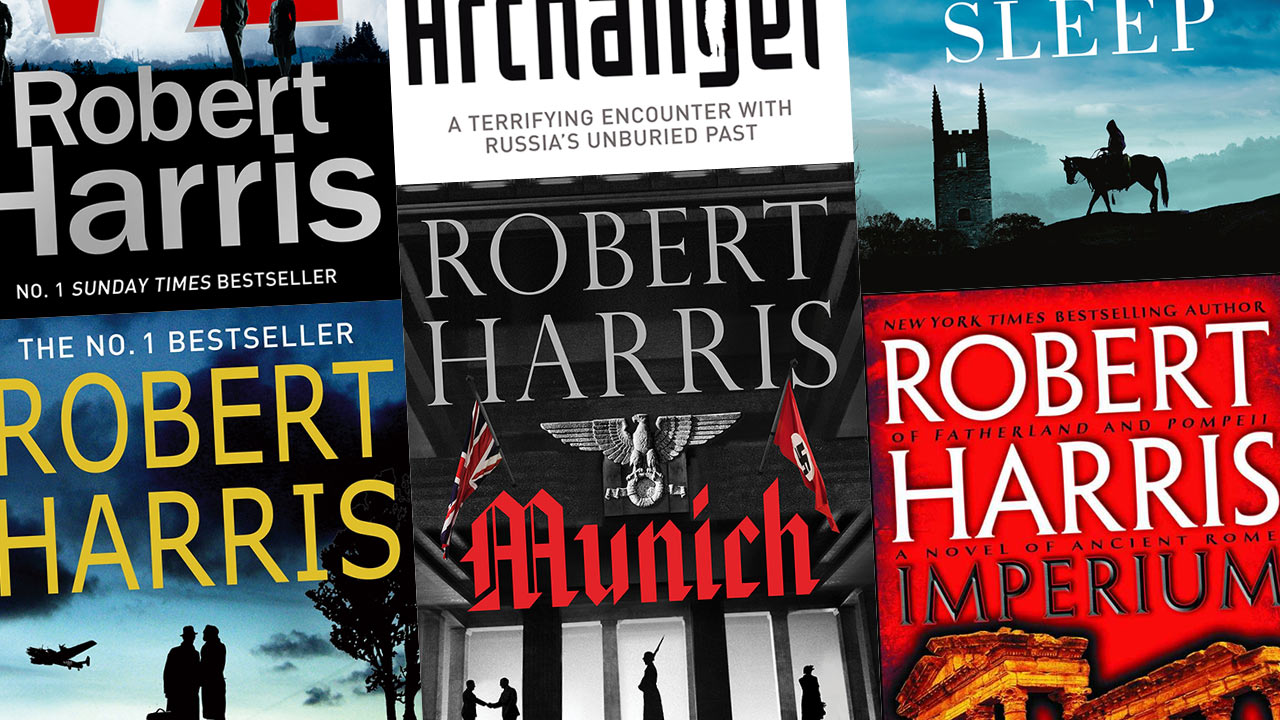 All of Robert Harris’ Books!

Who is Robert Harris?

Robert Harris is a former journalist and, of course, an English novelist. He began working in the non-fiction genre before becoming known for his works of historical fiction.

Harris doesn’t focus on only one period of time—Fatherland, Enigma, V2 take place during the Second World War; his Cicero trilogy explores ancient Rome, like Pompeii. He also wrote books that dive into contemporary history. 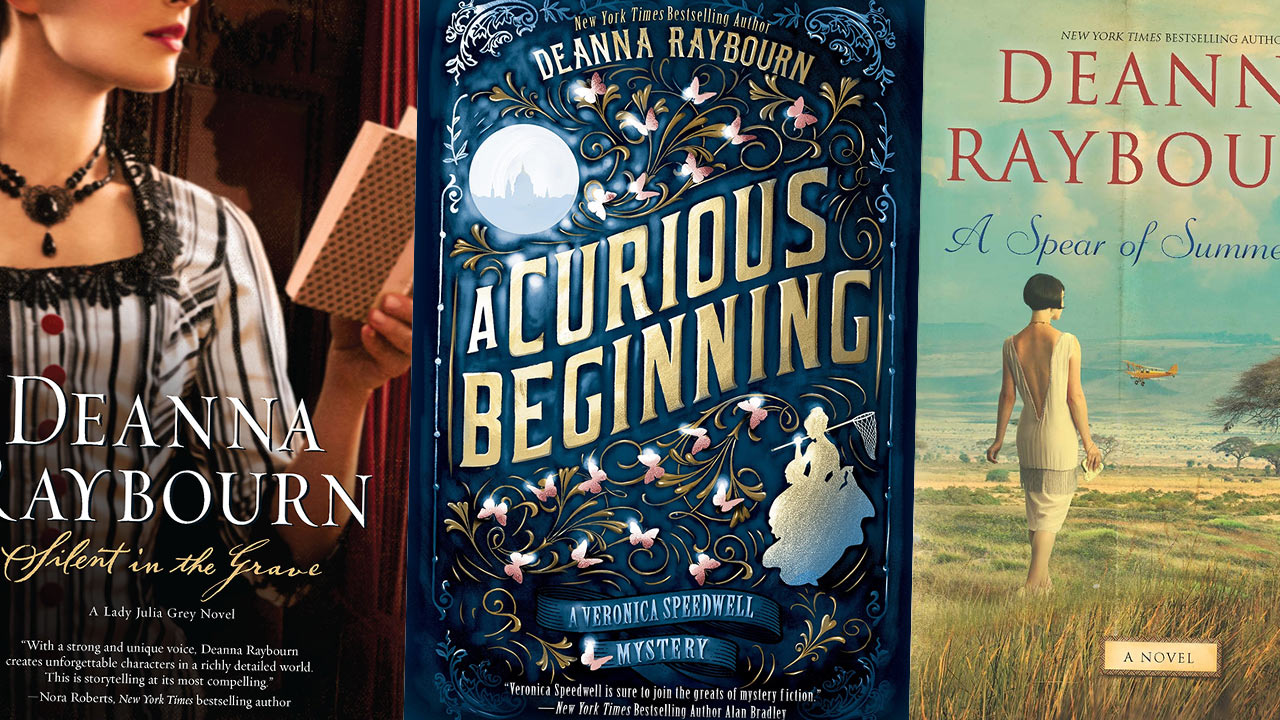 All of Deanna Raybourn’s Books?

Who is Deanna Raybourn?

New York Times bestselling author from Texas, Deanna Raybourn used to teach high school English and history before becoming a full-time writer, starting in 2006 with her first novel, Silent in the Grave.

It was the launch of the successful Lady Julia Grey Series, a Victorian-era mystery series. Deanna Raybourn established herself in the historical novel, with romance, mystery, and more. In 2015, she published A Curious Beginning, the first installment in her new mystery series following butterfly-hunting sleuth, Veronica Speedwell and her natural historian sidekick, Stoker. 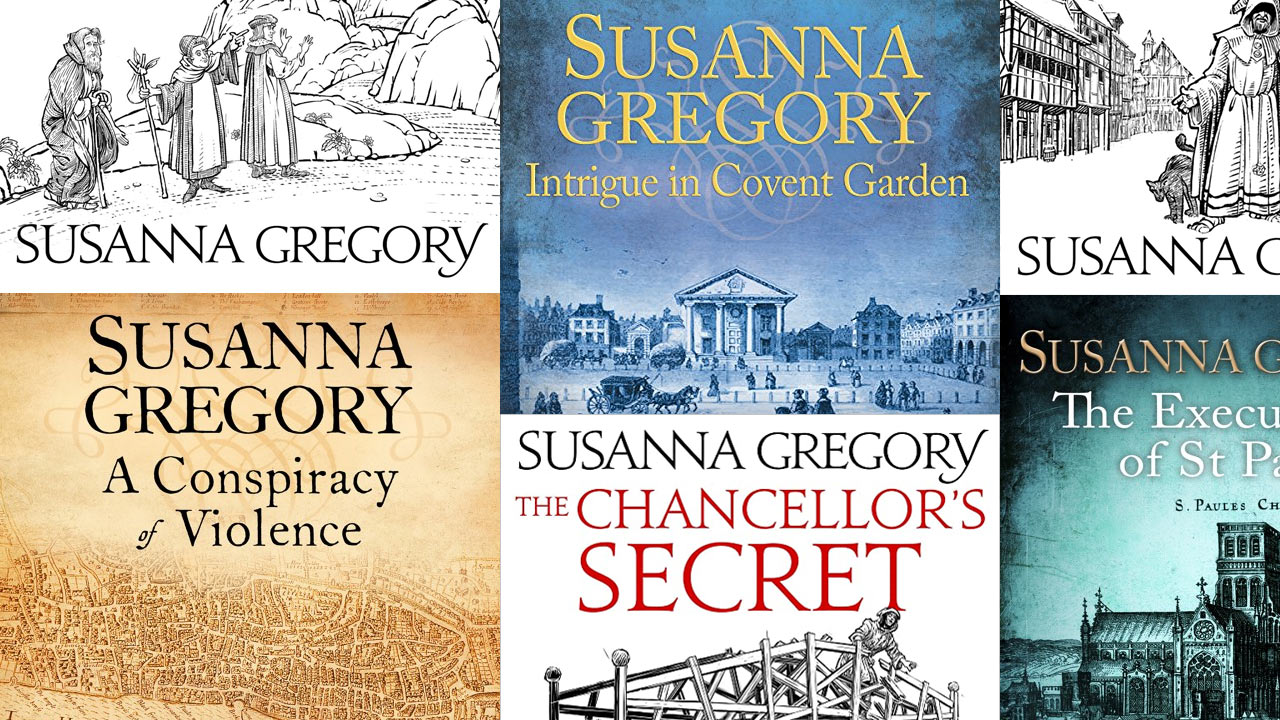 All of Susanna Gregory’s Books!

Who is Susanna Gregory?

Susanna Gregory is a pseudonym for Elizabeth Cruwys, writer of medieval murder mysteries, Restoration whodunits, and other historical crime fiction. She worked for a short time as a police officer in Yorkshire before earning her Ph.D. at the University of Cambridge and becoming a Research Fellow at the Scott Polar Research Institute.

She published her first novel, A Plague on Both Your Houses, also the first in the Matthew Bartholomew series in 1996 and has never stopped since. Aside from this series, she is also known for her historical mysteries featuring Thomas Chaloner and being a member of the Medieval Murderers – a group of writers who gave talks and presentations at literary festivals, and wrote books together. 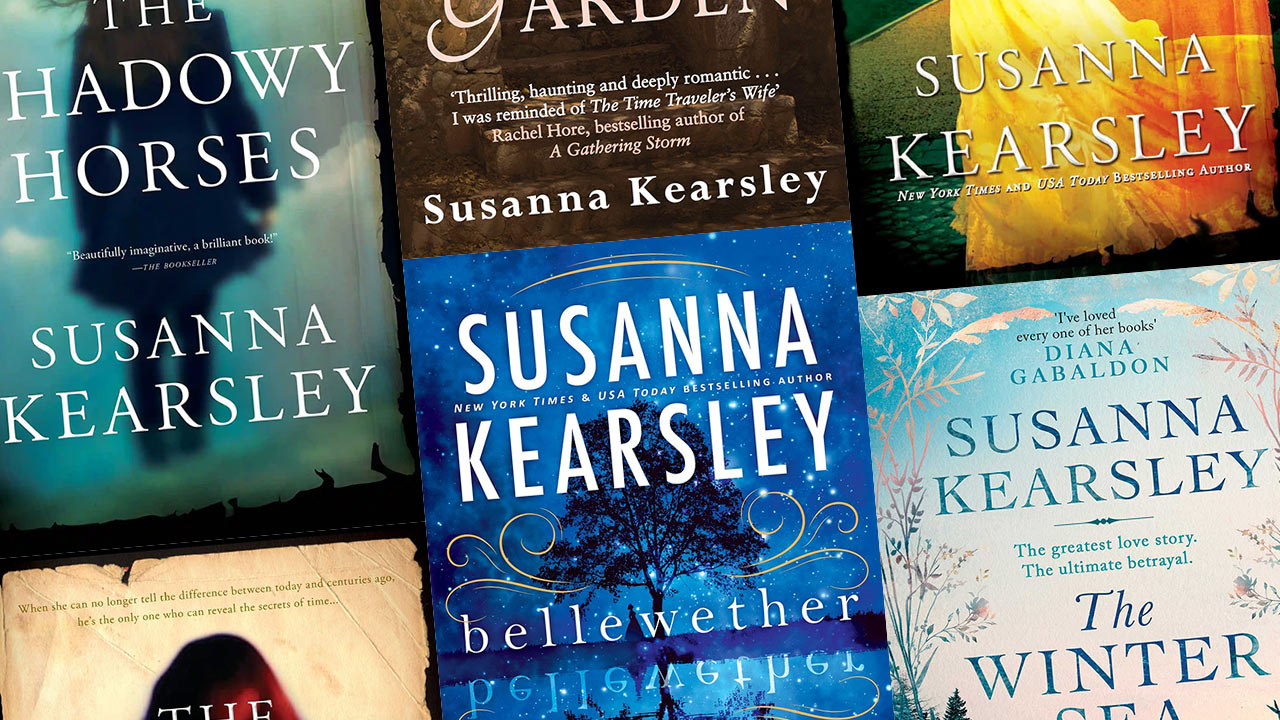 Susanna Kearsley Books in Order (The Firebird, The Vanished Days)

All of Susanna Kearsley’s books!

Who is Susanna Kearsley?

Canadian novelist, Susanna Kearsley used to work as a museum curator before making a name for herself as a writer – she also used the pen name Emma Cole to write thrillers.

However, Susanna Kearsley is mostly known for writing historical fiction and mysteries and found her biggest success withThe Winter Sea, The Firebird, The Rose Garden, and A Desperate Fortune. 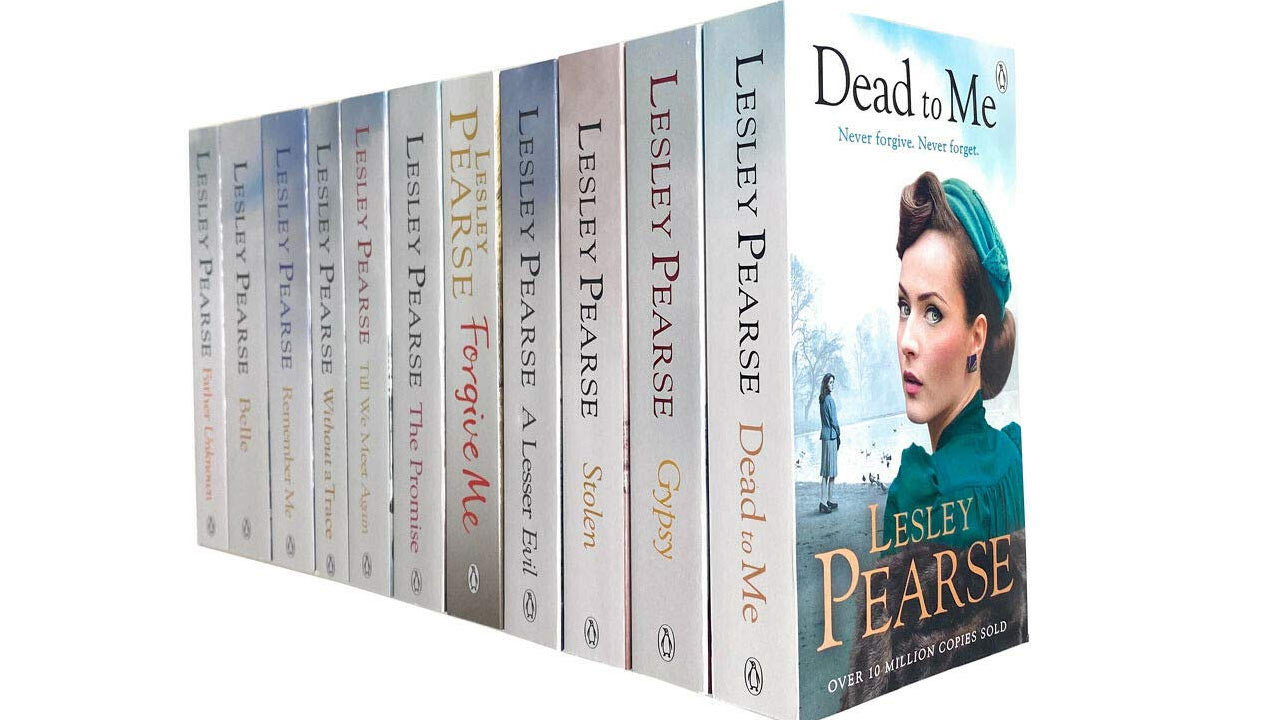 All of Lesley Pearse’s Books!

Who is Lesley Pearse?

Lesley Pearse is a best-seller British novelist who started writing more than a decade before being published for the first time. Her books always center around women with troubles.

She published more than thirty books, not always in the same genres, from romance to crime, traditional sagas, historical, and contemporary. He is known for Belle, Never Look Back, Dead To Me, or Suspects among others. 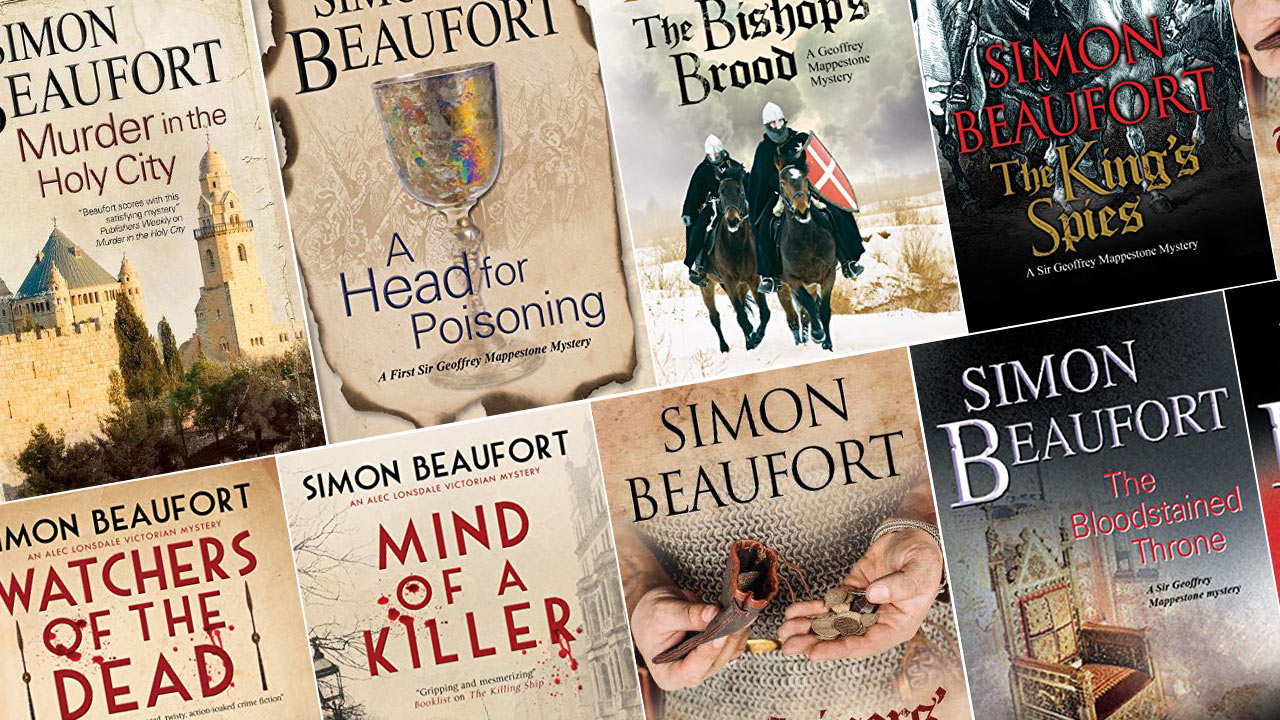 Who is Simon Beaufort?

Susanna Gregory is also a pseudonym for Elizabeth Cruwys, who was for a short time a police officer in Yorkshire before earning her PhD at the University of Cambridge and becoming a Research Fellow at the Scott Polar Research Institute. She is the author of several medieval mysteries and murder mysteries set in Restoration London.

Beau Riffenburgh is a historian specializing in polar exploration, but he is also an American football coach and author of books on football history. He first earned a degree in psychology and a Master’s in journalism, before entering the world of professional sports (he contributed or wrote several books on the subject). In the late 1980s, Beau moved to England, where he earned a PhD at the University of Cambridge’s Scott Polar Research Institute. He served as the editor of Polar Record and has written or edited numerous books on polar exploration. At Cambridge, he put his expertise in American football to use as the head coach of Cambridge’s team in the British Collegiate American Football League.

Together they wrote the Geoffrey Mappestone novels, the Alec Lonsdale Victorian mystery series, and other mystery books. 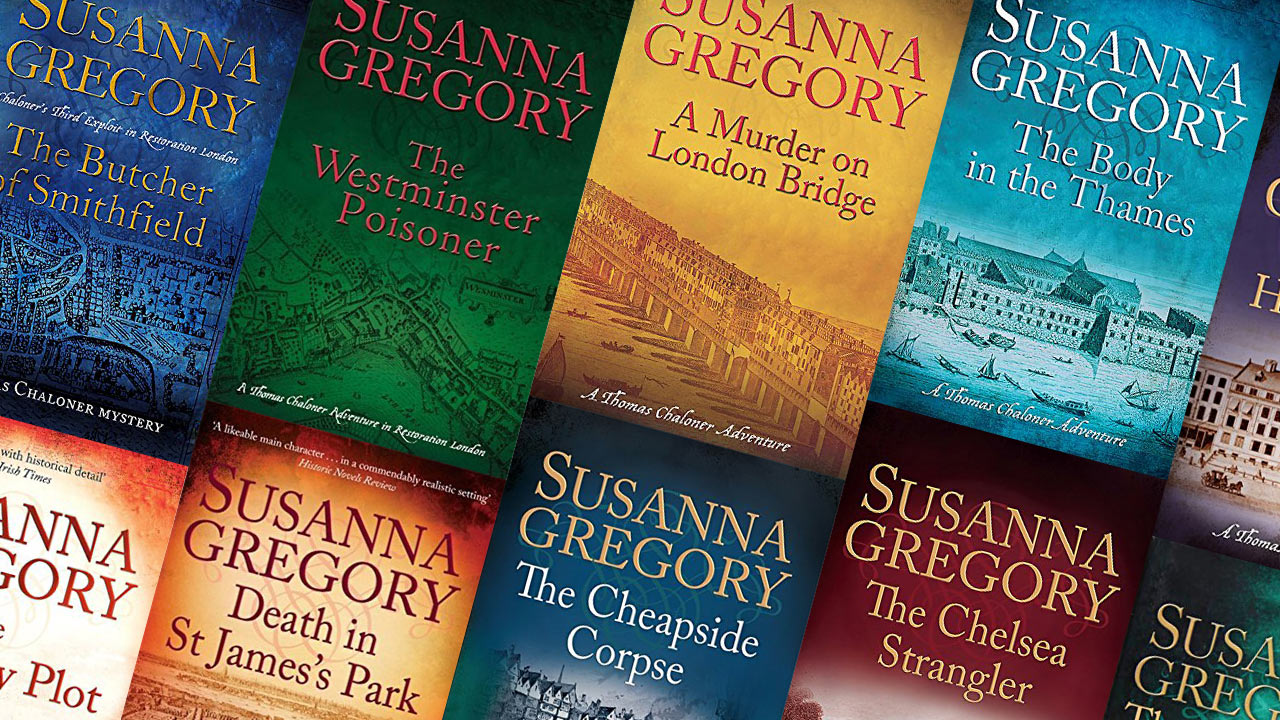 Who is Thomas Chaloner?

Thomas Chaloner is the central character and narrator in a series of historical mystery crime novels by Susanna Gregory. He grew up in Steeple Claydon, Buckinghamshire, before having to fight for Cromwell’s New Model Army during the civil wars. Afterward, he pursued and finished his studies in Cambridge, and enrolled at Lincoln’s Inn. Then, he was hired by Cromwell’s Spymaster General John Thurloe.

Everything was fine during the new ten years until the fall of the Commonwealth happened. With the monarchy’s restoration, Thomas Chaloner is dismissed in favor of men who stayed on Charles II’s side. In that situation, Chaloner has no choice but to accept a post in the Earl of Clarendon’s household, following a recommendation by his erstwhile employer. Let’s just say that Thomas’s spy career is not finished and he will find himself having to resolve a lot of mysteries. 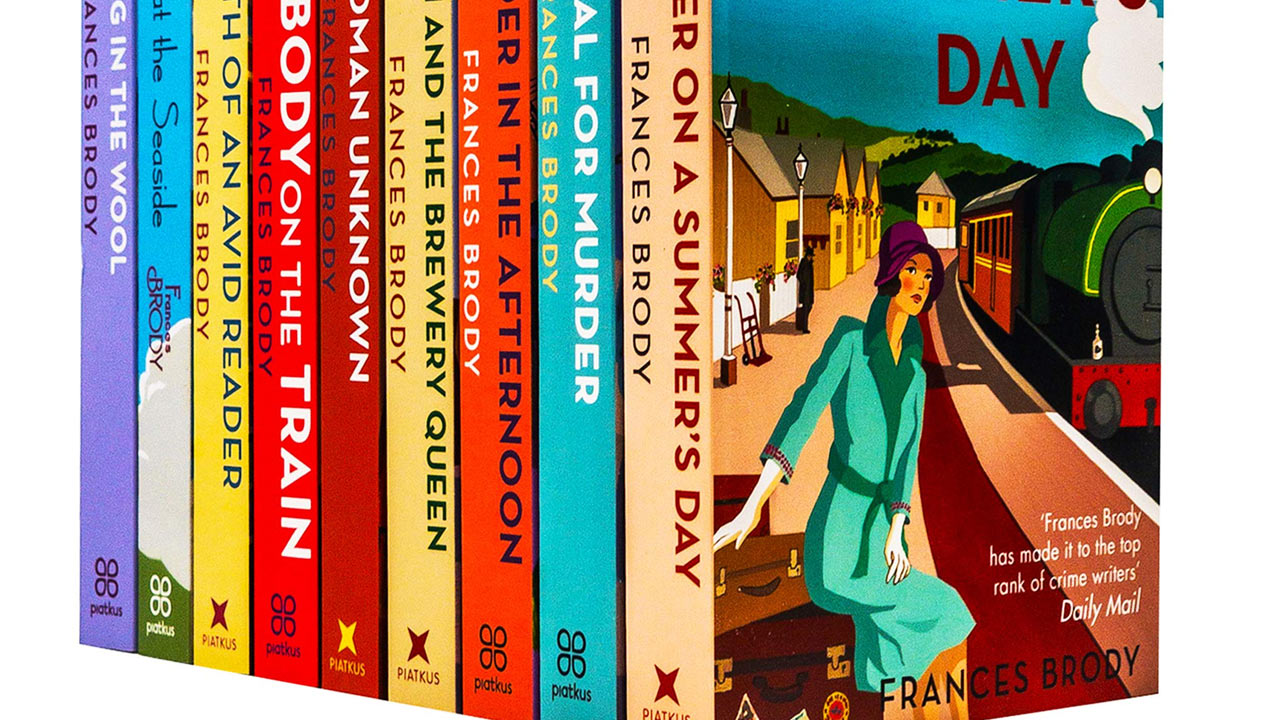 All of Frances Brody’s Books!

Who is Frances Brody?

Frances Brody is the pseudonym used by English novelist and playwright Frances McNeil. She is specialized in historical fiction.

In fact, Frances Brody is now mostly known for the Kate Shackleton mystery series taking place in England during the 1920s about a thirty years old very perceptive and witty amateur sleuth extraordinaire from Yorkshire. When she stumbles onto a murder case, she has to investigate and she’s really good at it and even became renowned for it.