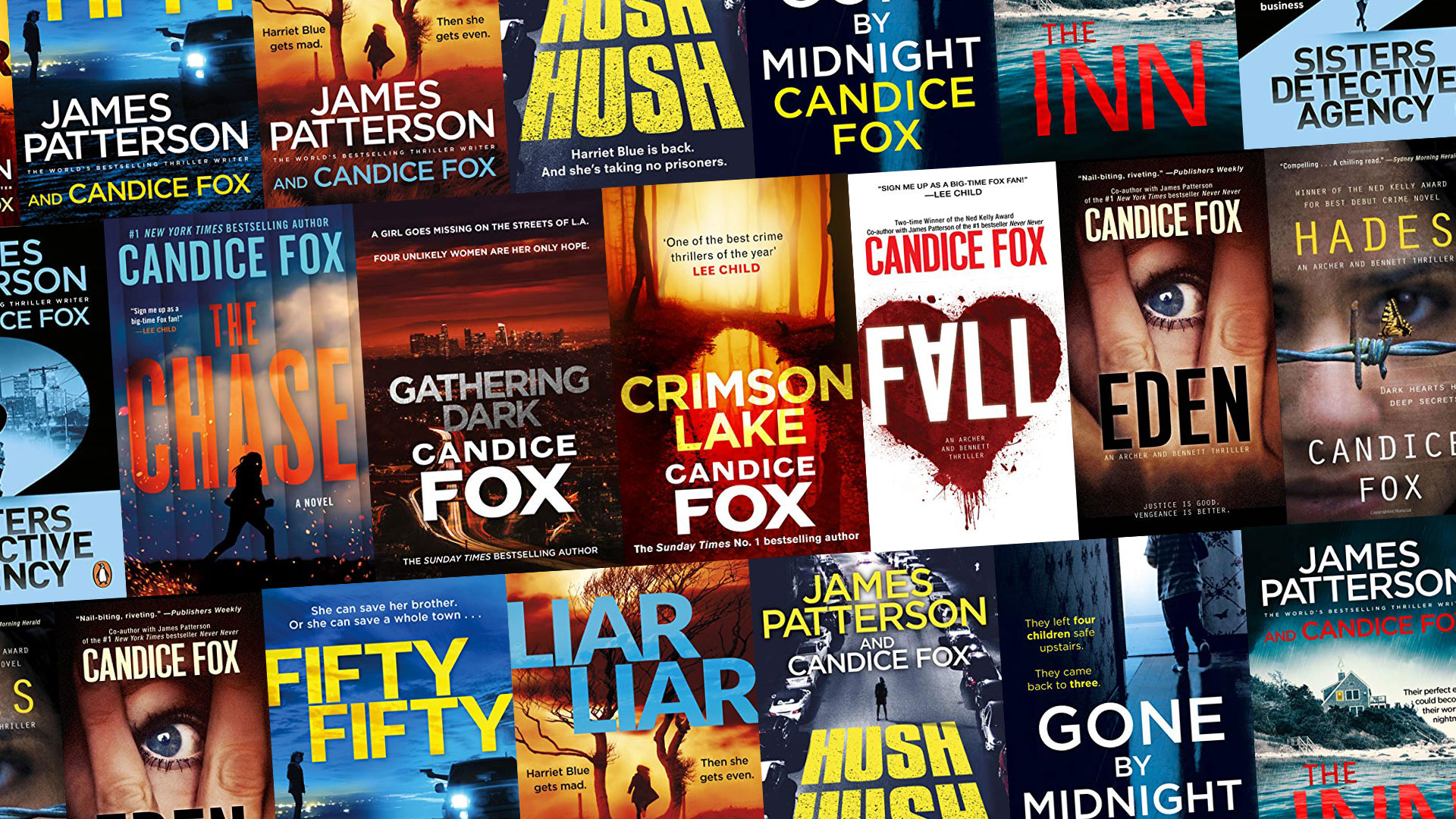 All of Candice Fox’s Books!

Who is Candice Fox?

Born in 1985, Candice Fox is an Australian crime fiction writer. The daughter of a foster carer, she grew up in Bankstown into a large and eccentric family. Before becoming a writer, Candice Fox had a brief stint as an officer in the Royal Australian Navy when she was eighteen. After failing to conform to military life, she turned her attention to the world of academia and became a teacher. 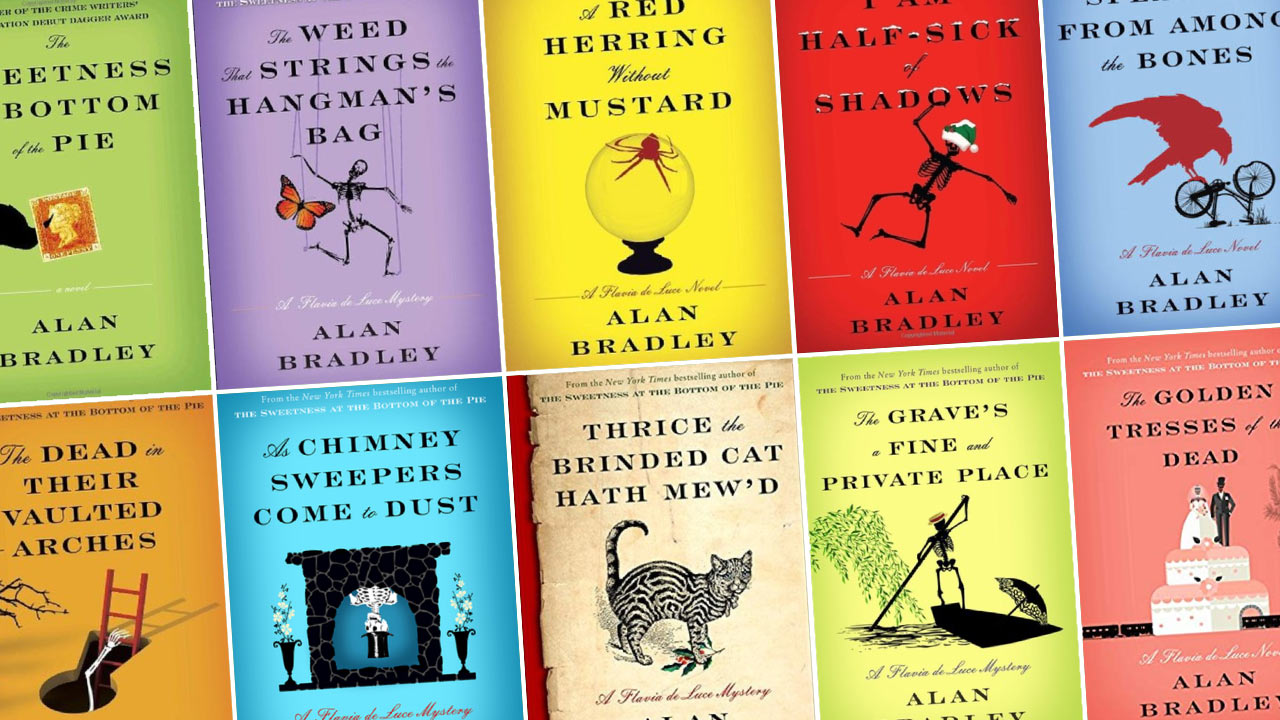 All of Alan Bradley’s Books.

Who is Alan Bradley?

Canadian author Alan Bradley started his professional life as a radio and television engineer which led him to work as Director of Television Engineering at the University of Saskatchewan for 25 years. Following his early retirement in 1994, Bradley focused on writing, mostly screenplays before working on memoirs. 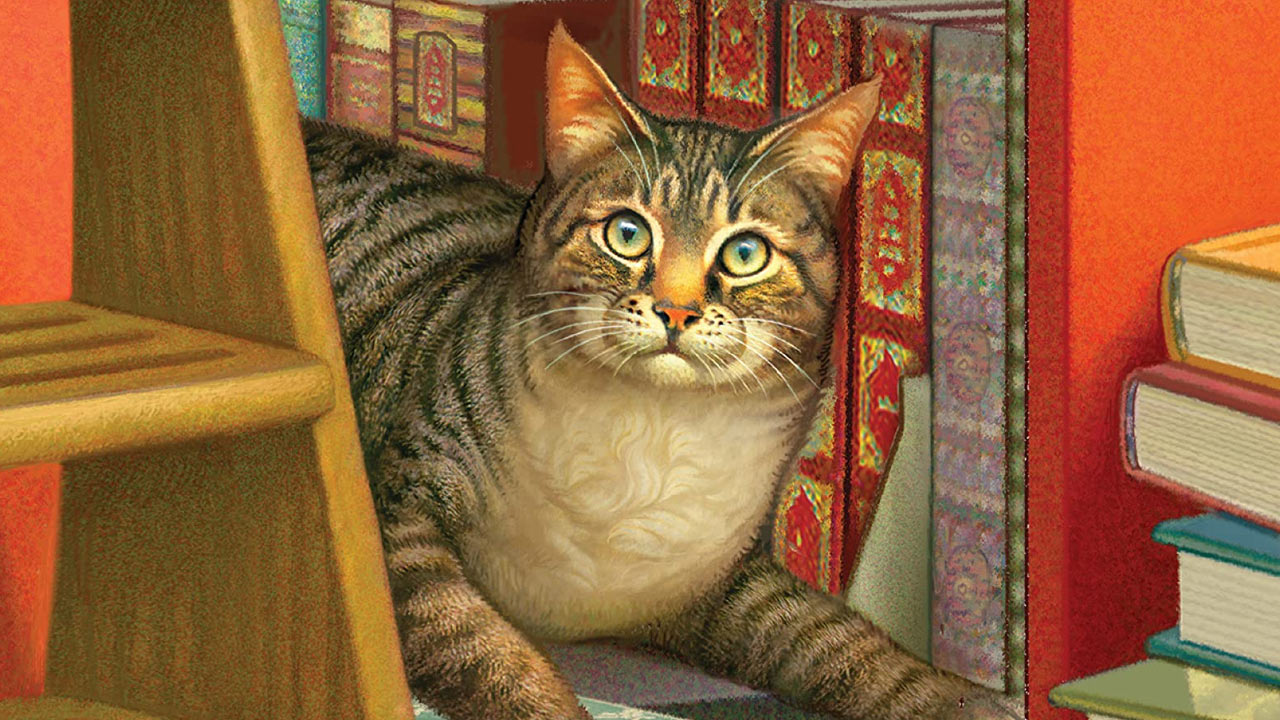 Cat in the Stacks Books in Order: How to read Miranda James’s series?

What is the Cat in the Stacks series about?

Written by Miranda James (the pseudonym of Dean James), the Cat in the Stacks series is a cozy mystery series about a librarian and his cat investigating local murders.

Set in Athena, Mississippi, the series revolves around Charlie Harris, the good-natured librarian with a rescued Maine coon cat named Diesel that he walks on a leash. After returning to his hometown to immerse himself in books, he found himself entangled in a real-life thriller… That’s only the first of a series of mysteries he and Diesel must solve.

Read More »Cat in the Stacks Books in Order: How to read Miranda James’s series? 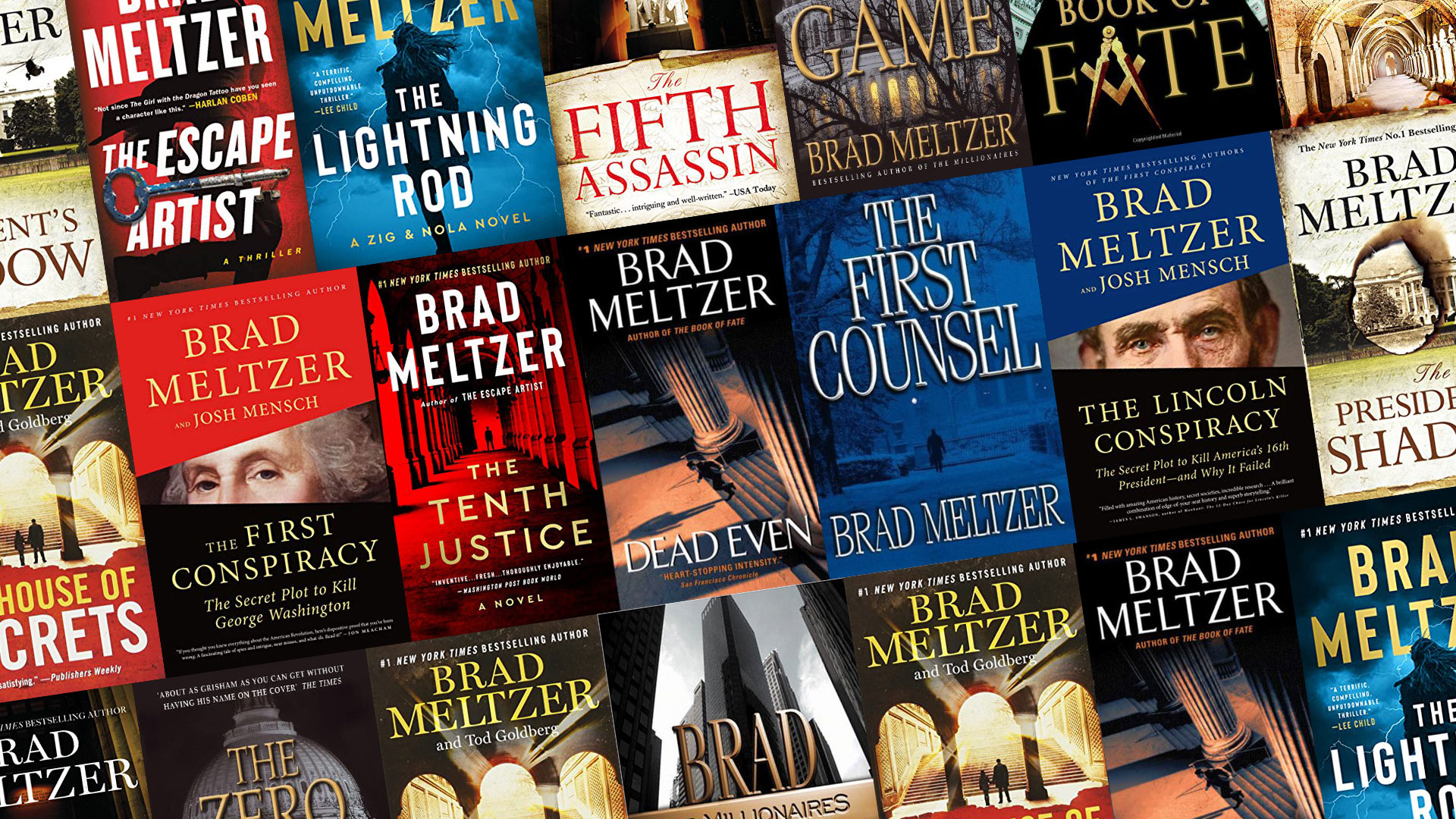 Who is Brad Meltzer?

Born in 1970, Brad Meltzer is an American novelist, non-fiction writer, comic book writer, and TV show creator. He grew up in Brooklyn, New York and then moved to South Florida. He graduated with a degree in history in 1992 from the University of Michigan. He moved to Beacon Hill, Boston, following a job offer in sales at Games magazine. There, he shared a room with comic book writer/artist Judd Winick and he began to work on his first short story.

He also co-created with Greg Berlanti the TV show Jack & Bobby, for which he wrote the first episode, and created and write the Children’s books series Ordinary People Change the World (with artist Chris Eliopoulos) to give children better heroes to look up to. 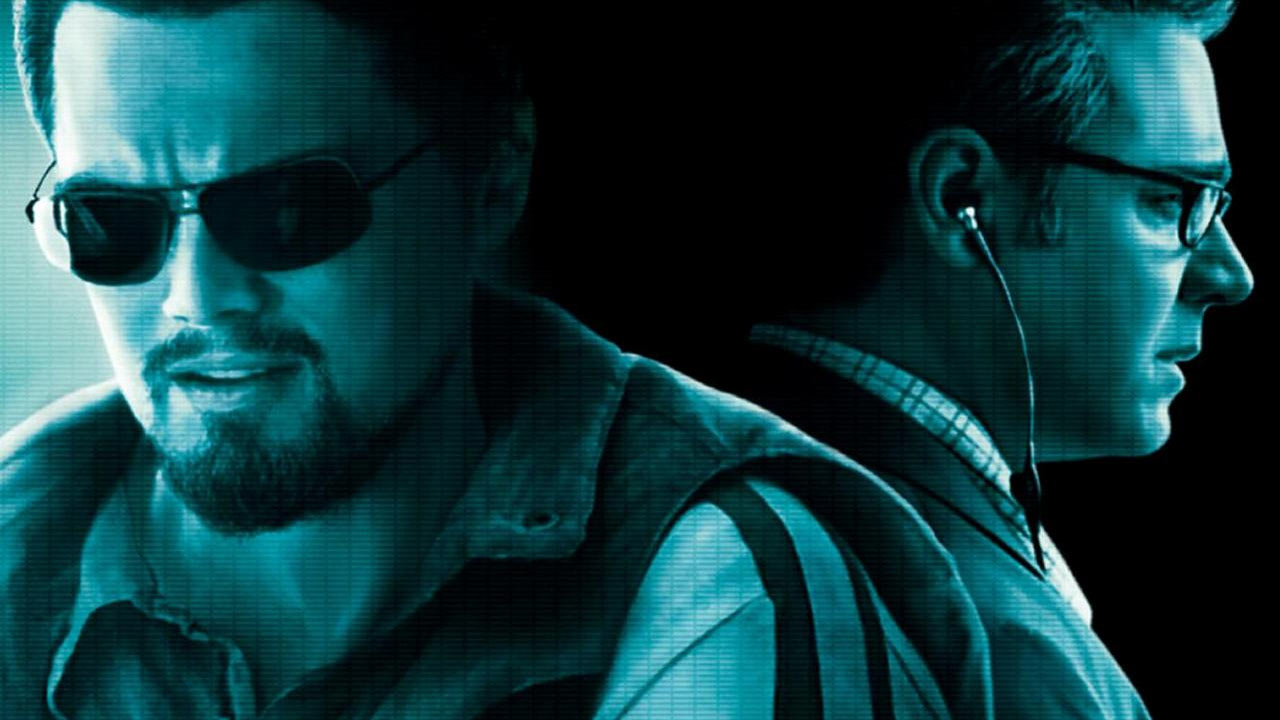 David Ignatius Books in Order (Body of Lies, The Quantum Spy, The Paladin…)

All of David Ignatius’ books!

Who is David Ignatius?

American journalist and novelist, David Ignatius is an associate editor and columnist for The Washington Post who also wrote more than 10 novels, including Body of Lies (adapted into a film by Ridley Scott).

David Ignatius’ books are in the suspense/espionage thriller genre (except of The Sun King, a reworking of The Great Gatsby set in late-20th-century Washington), often inspired by his experience and his knowledge in intelligence operations and foreign affairs. This is why his work of fiction is praised for its realism. 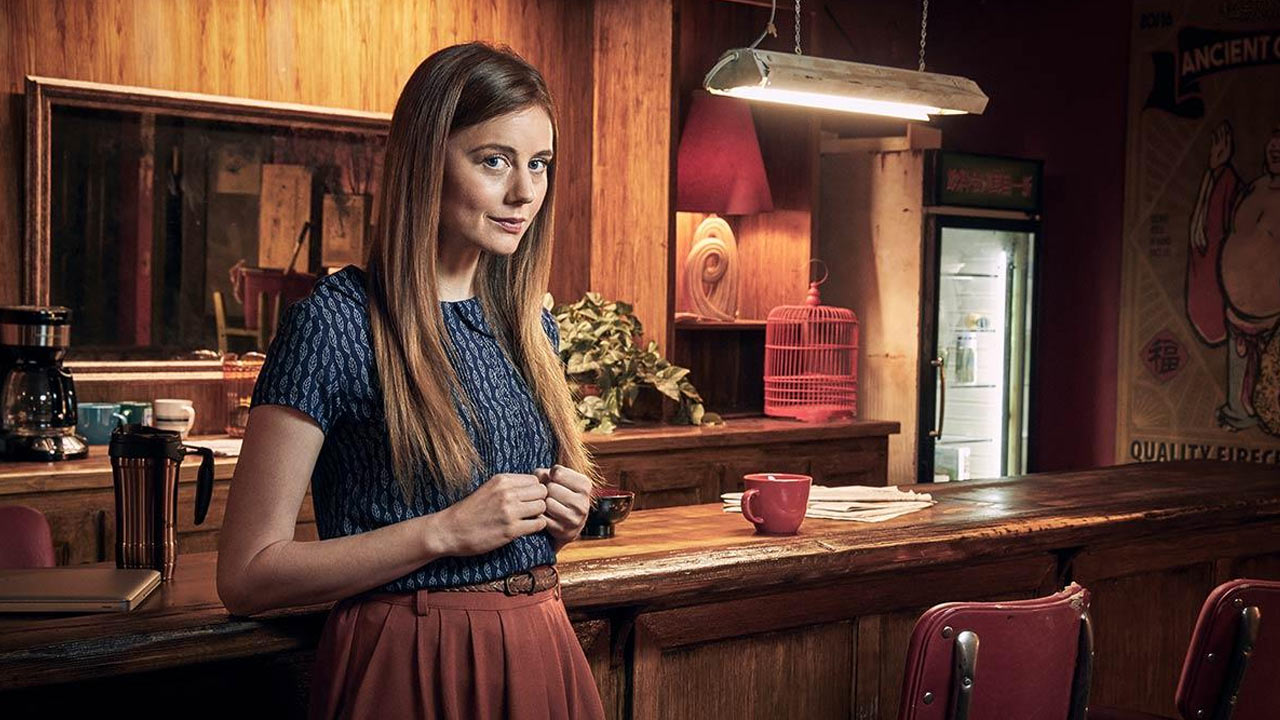 Who is Holly Gibney?

Originally appearing in the Bill Hodges trilogy of novels (known as Mr. Mercedes Trilogy), Holly Gibney is a character created by horror master Stephen King—and she’s one of his favorite creations.

Introduced a side character in Mr. Mercedes, Holly Gibney suffers from Obsessive-Compulsive Disorder (OCD), synesthesia, sensory processing disorder, and she’s somewhere on the autism spectrum. Retired police Detective Bill Hodges took her under his wing and she became a partner for the new private investigation firm. Now, she’s working as a private investigator immersing herself in supernatural mysteries. 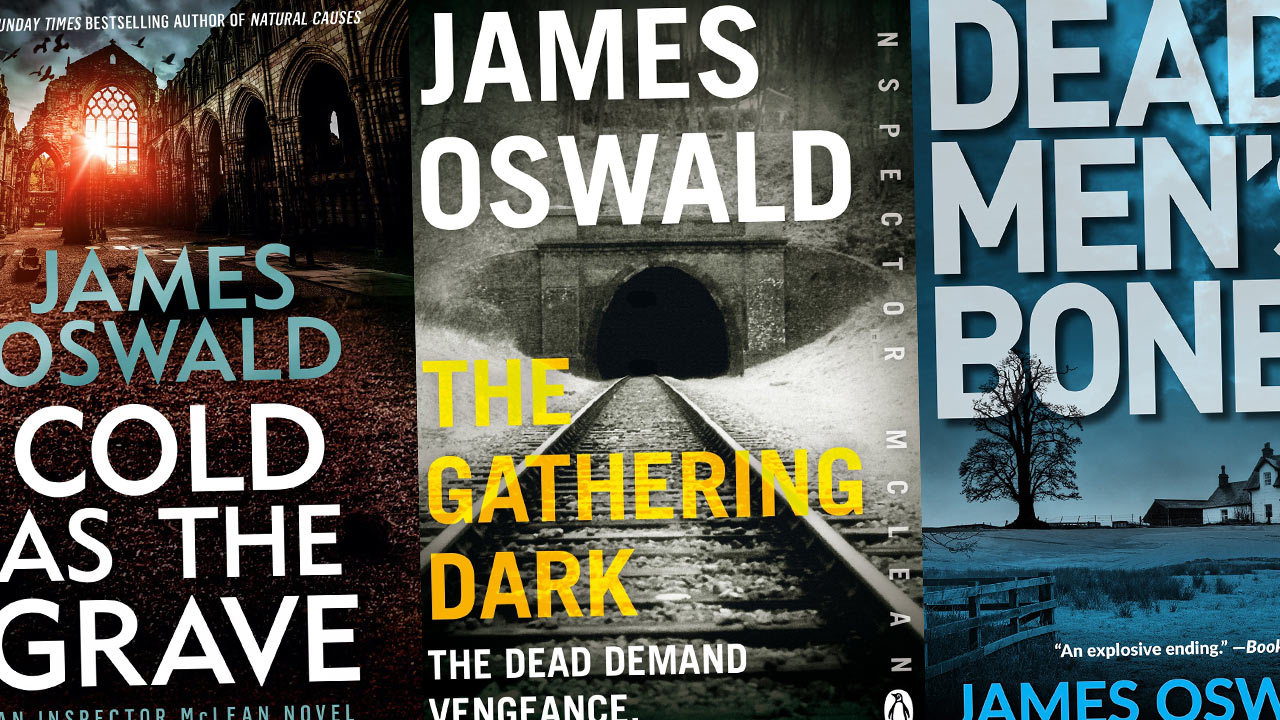 By the author of The Ballad of Sir Benfro series.

Who is Inspector McLean?

Written by Scottish writer and farmer James Oswald, the Inspector McLean series is a crime series set in Edinburgh.

Published since 2012, this Sunday Times bestselling mysteries series is about the investigations led by Detective Inspector Tony McLean, an unlucky policeman who can see beneath the surface of ordinary criminal life to the dark, menacing evil that lurks beneath. 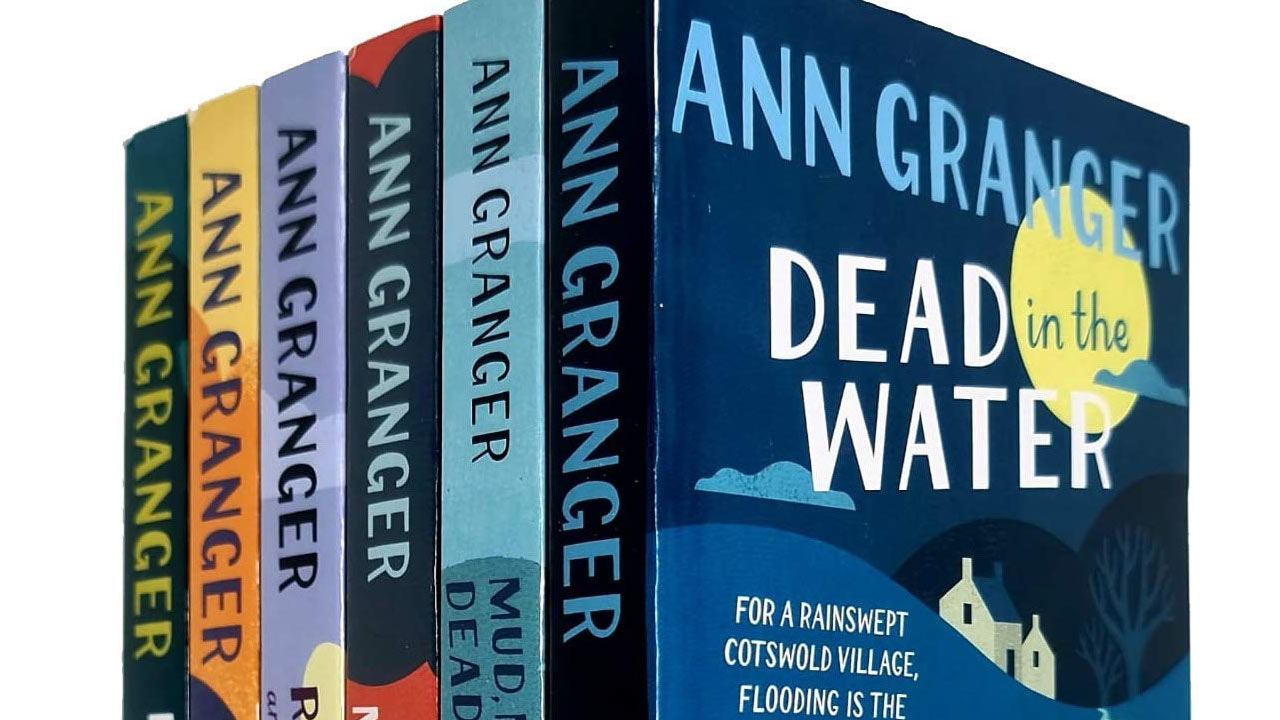 All of Ann Granger’s Books!

Who is Ann Granger?

After working in British embassies in various parts of the world, Ann Granger started writing historical romances under the nom de plume Ann Hulme. But after her return to England in 1991, she became a crime novelist with the Mitchell and Markby series.

Since then, Patricia Ann Granger wrote more than 35 books in multiple crime series like the Fran Varady mysteries, the Ben Ross  & Lizzie Martin series, and the Campbell & Carter mysteries.