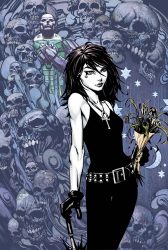 As promise, we continue into the world of Neil Gaiman’s The Sandman. This particular series has inspired numerous spin-offs. There are a few anthologies, numerous one shot, miniseries and other specials – few were written by Neil Gaiman.

The character of Death is not one of those who were lucky enough to get an ongoing series, unlike Lucifer and Dead Boy Detectives, even if she is extremely popular. That said, we still can find Death in a few publications outside the main Sandman story.

Who is Death of the Endless?

Let’s start with a presentation, for those who didn’t read The Sandman. In this Vertigo series, the Endless are the personification of concepts. They all play a specific part in the human world. Dream (or Morpheus) is the king of the Dreaming Wold, where you go when you sleep. His older sister is Death and she mostly meets with the recently deceased and guides them into their next existence.

Death is the second eldest of Endless and possibly the more powerful being in the Universe. In The Sandman, Death takes the appearance of a young goth woman. She is omnipotence and omnipresence, being with all those who die when they die.

This article will not be updated anymore. Since we have launched a blog dedicated to comic book reading orders, you can find an up-to-date version of this The Sandman’s Death Reading Order here.

How to read Death’s stories?

The best way to start with Death is obviously in The Sandman. More precisely, with her introduction in The Sandman issue #8 (August 1989). You can find it in  Preludes and Nocturnes, the first TPBs.

Death was featured in almost all of The Sandman‘s storylines, often playing a really small part, except in The Kindly Ones. That said, you can find Death in other publications. 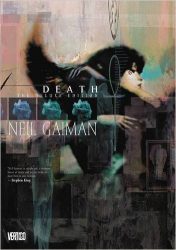 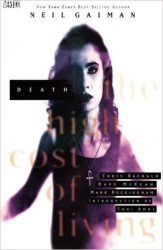 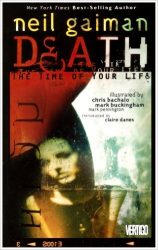 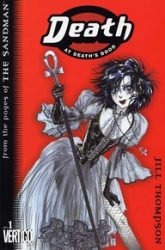 Death with her family and other notable cameos 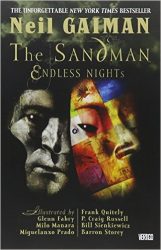 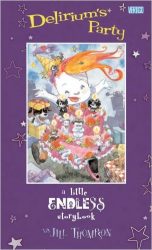 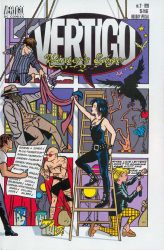 There’s also a lot more less notable cameos of Death of the Endless in the DC/Vertigo universe, even really small ones in the Marvel universe.

"Endless Nights - The first one is about Death and takes place several billion years ago". No, no, no! The story about Dream is the one that takes place so long ago. It also features Death (when she was a bit different). But the separate story concerned with Death (called 'Death and Venice') takes place in much more recent times.

im sorry but as i know death isn't omnipotence. she couldn't take lucifer. correct me if i am wrong

No one in dc is truly omnipotent, not even the presence