All of Agatha Christie’s Books!

Who is Agatha Christie?

Dame Agatha Mary Clarissa Christie (15 September 1890 – 12 January 1976), Lady Mallowan, is a British writer, one who doesn’t really need an introduction. She is, after all, according to The Guinness World Records, the best-selling fiction writer of all time, her novels having sold more than two billion copies.

And she wrote numerous books, some with Hercule Poirot and Miss Marple, and other mystery novels and stories under the pseudonym Mary Westmacott.

And yet, success didn’t arrive immediately for Agatha Christie, with six consecutive rejections until this changed in 1920 when The Mysterious Affair at Styles, featuring detective Hercule Poirot, was published.

The rest, as we say, is history, making her the “Duchess of Death”, the “Mistress of Mystery”, and the “Queen of Crime”. More than 30 feature films are based on her work.

You can read every Agatha Christie Series in order, or not. Each of her books can be read as a standalone novel. The list below is divided in different sections, each one dedicated to a different character.

This series is focusing on the one and only Hercule Poirot. This Belgian detective is known for his head in the shape of an egg, his famous stiff mustache, the neatness of his attire, and–of course–his talent as an investigator. In fact, he is well-known for being one of the world’s greatest detectives.

For more details, go to the Hercule Poirot reading order.

Miss Marple is a sweet little old lady from St Mary Mead, but also a detective–naturally. In fact, she possesses an uncanny knack for solving crimes that baffle the police.

The Tommy and Tuppence Beresford Series in Order

Tommy and Tuppence Beresford formed a couple of Secret agents/Private detectives in search of adventure and money.

The Superintendent Battle Series in Order

The Colonel Race Series in Order

Poirot Investigates, Partners in Crime, The Thirteen Problems, Murder in the Mews, The Labours of Hercules, The Adventure of the Christmas Pudding, Poirot’s Early Cases, Miss Marple’s Final Cases are all listed below, in the characters reading orders, and not indicated on the following list. 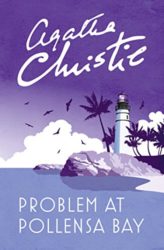 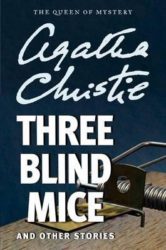 As Black Coffee stars Hercule Poirot, it is listed below, on the Poirot list. Christie’s stage works were novelized by Charles Osborne. 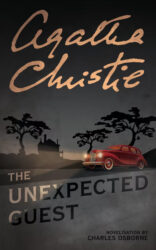 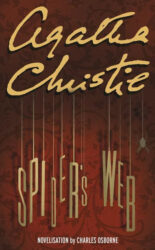 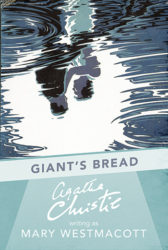 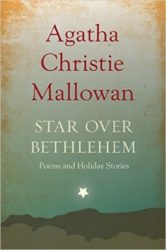 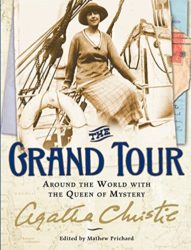 There are so much great books by Agatha Christie to read, don’t forget to bookmark this article to be sure to not miss one of them!

Where is the unexpected visitor in the list? I don’t seem to find it.

Thanks for your comment Kimberly! I think you mean 'The Unexpected guest'? It wasn't on the list.

With the exception of Black Coffee, as it is a Hercule Poirot story, I didn't put the novelizations of a play in the list. But, reading your comment, I decided to add them, as it seems logical that Christie's readers would be interested in reading them. So I added a little section 'Novelised stage works' with 'The Unexpected guest' and 'Spider's Web'.

Hey! I read a book description some time ago, about a man that switched the lights off in the presence of his guests, and when the lights turned on, there was someone dead. Is it familiar to anyone? Do you know which book by Cristie is it? Thank you for your replies!

A murder is announced

They Came to Baghdad.

Please could you advise who the original publishers were for each book?

Gifted writer. I could not find any writer of her class yet.