All of Laurell K. Hamilton’s Books!

Who is Laurell K. Hamilton?

She published her first book Nightseer in 1992, and the first book in the Anita Blake: Vampire Hunter series, Guilty Pleasures, the next year. The books have sold more than six million copies; many have made The New York Times Best Seller list.

Hamilton currently lives in St. Louis County, Missouri, with her husband and her daughter.

Anita Blake is a vampire hunter and necromancer who lives in the city of St. Louis. Not our St. Louis, but one in an alternate universe where magic, vampires, werewolves and other supernatural elements are quite real. Working as a professional zombie animator, legal vampire executioner and supernatural consultant for the police, Anita solves crimes, helps keep the peace and try not to get into too much trouble with her really complicated love life.

A number of novels have been adapted in comic book forms, written by Laurell K. Hamilton and Stacie M. Ritchie respectively, with illustrations by Brett Booth.

Unlike the others, The comics The First Death is not an adaptation but a supplement to the book series, and a prequel to the first novel, Guilty Pleasures. It is listed in the reading order above.

Merry Gentry is a faerie princess forced to flee the court of her aunt Andais, the Queen of Air and Darkness and of the Unseelie fae. She turned private investigator in a world where faeries are known to the general public. For more information about the books, check out our Merry Gentry reading order. 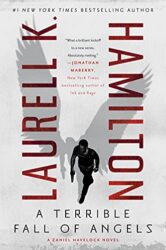 New series by Laurell K. Hamilton about angels walking among us! 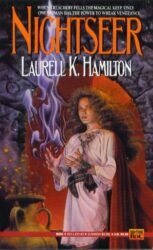 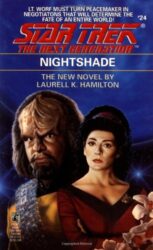 If you like Laurell K. Hamilton’s books, you may also want to take a look at our Ilona Andrews reading order, or our guide to Jeaniene Frost’s Night Huntress series. Don’t hesitate to follow us on Twitter or Facebook to discover more book series.