Last Updated 5 months ago.Grant Morrison is back on a regular DC Comics series, but not on Batman.

What is Green Lantern by Grant Morrison about?

This new series began when one the famous Green Lantern from Earth, the intrepid Hal Jordan, encountered an alien hiding in plain sight. This set off a chain of events that rocks the Green Lantern Corps to its foundations.

This article will not be updated anymore. Since we have launched a blog dedicated to comic book reading orders, you can find an up-to-date version of this Green Lantern by Grant Morrison here.

There’s an intergalactic conspiracy afoot, and a traitor within the Corps might be pulling the strings… Then, the Earth itself has vanished and been put up for auction to a buyer whose claim may be impossible to break without Hal violating the Lanterns’ most cherished rule! 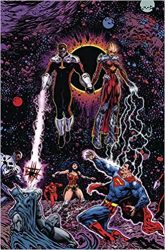 What has Hal Jordan done? Following the catastrophic events of The Green Lantern #12, no Green Lanterns can be found patrolling their space sectors…and not a single power ring lights the darkness. 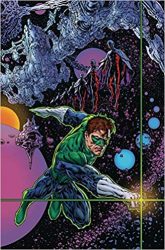 In the wake of the Blackstar incursion, Hal Jordan and his fellow Lanterns must pick up the pieces from that cataclysmic conclusion. Among them is Jordan’s next critical mission: search for the next generation of cosmic immortals. Is the universe ready for…the Young Guardians?