The last human male on Earth. By the Creator of Saga.

What is Y The Last Man about?

Y: The Last Man is a dystopian science fiction comic book series by Brian K. Vaughan and Pia Guerra and published under the DC Comics Vertigo imprint. The series centers around the sole surviving male human after the spontaneous, simultaneous death of every male mammal on Earth.

Y: The Last Man starts in the summer of 2002, when Earth is struck by a pandemic plague of unknown origin. This plague destroyed every mammal with a Y chromosome, including spermatosa and unborn children. Referred to as “gendercide”, the plague exterminated 48% of the global population, approximately 2.9 billion men. Two male mammals survived: a young man from Brooklyn named Yorick Brown and his pet Capuchin monkey Ampersand.

a. The Collected Editions 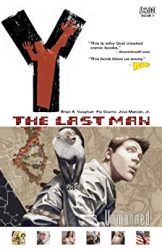 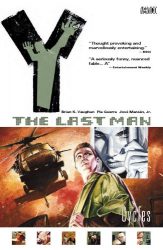 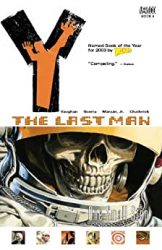 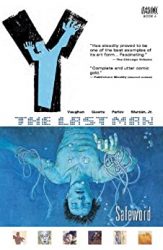 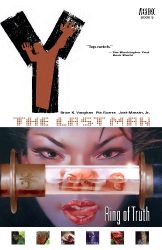 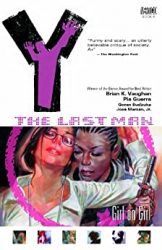 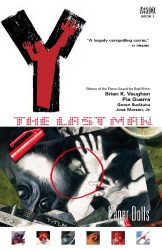 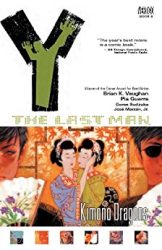 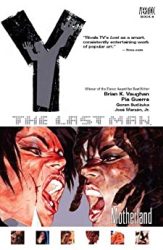 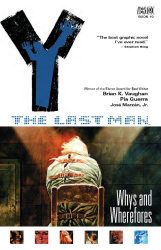 The series has been re-released as oversized hardcovers with alternative cover art. 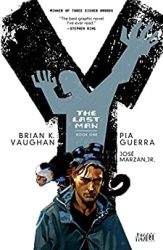 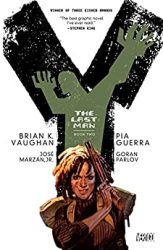 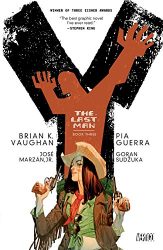 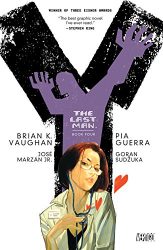 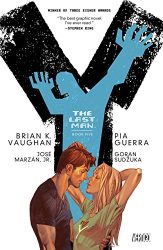 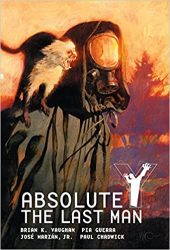 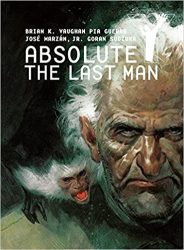 The Omnibus edition collects for the first time in a single, comprehensive volume, writer Brian K. Vaughan and artist Pia Guerra’s Eisner Award-winning Vertigo series Y: The Last Man brings to vivid life the age-old speculation: What would really happen to the last man on Earth? Collects Y: The Last Man #1-60 and a sketchbook featuring behind-the-scenes art by Pia Guerra.