I discovered Quarry quite recently with the Cinemax series. I like the style of the show and the characters, but they were not developed in a satisfactory way, in my opinion. Mainly, we just learn to understand Quarry, from where he was coming to where he is going, but it’s not the same with the other important figures in his life. I suppose that the idea is to keep some stuff for the second season. That said, I’m pretty sure the show will never cover all of the books, mainly because I’m not even sure there will be more episodes. So, the best way to explore the world of Quarry is to jump right into Max Allan Collins’ books.

Quarry is a pulp fiction about a US Marine sniper returning from the Vietnam War. He finds his wife in bed with another man and, after dropping a car on her lover, he finds himself unemployable. His proficiency at killing interests a middleman known as the Broker, who runs a murder-for-hire operation. After an assignment, Quarry gets back to the place he was using as a lookout where he found out his partner is dead – and the money they were paid was also stolen. Quarry got himself a new mission, he must learn who hired him and makes him pay.

There was not always a new Quarry every year. In fact, for a long time, Max Allan Collins didn’t write new novels with the hitman, but he came back to it. That’s mostly why the first four books compose a tetralogy. That said, each book can be read as a stand-alone. Let’s begin with a reading guide in publication order. After that, there will be a reading order for those of you who prefer a chronological approach. 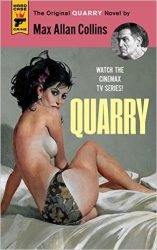 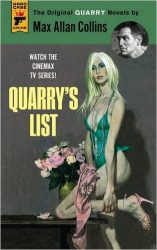 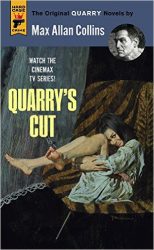 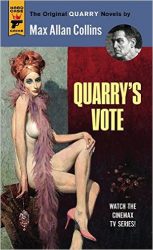 This book was published ten years after Quarry’s Cut. After Quarry’s Vote and during the ’90s, there were only short stories.

All three can be found in Quarry’s Greatest Hits (out-of-print), a Quarry collection regrouping Primary Target and those short stories 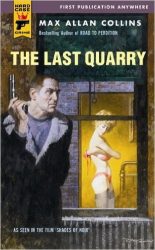 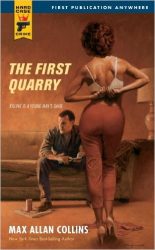 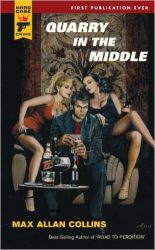 A new trilogy! 30 years after the first publication of a Quarry Story, Max Allan Collins started to publish new material. More specifically, it began with a new trilogy of sorts and you too can start here. It’s clearly a good entry point, especially The First Quarry which is basically a prequel. 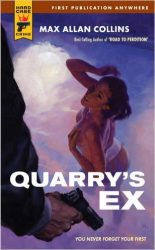 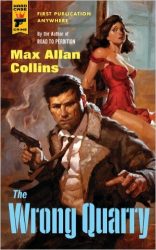 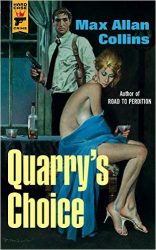 After Quarry In The Middle, we continue to follow Quarry in the past basically. Max Allan Collins travels through time and delivers stories in a non-chronological way. 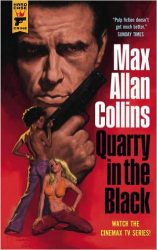 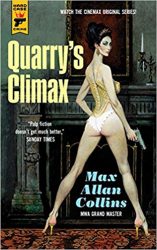 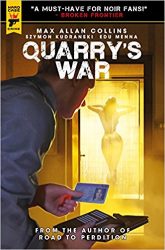 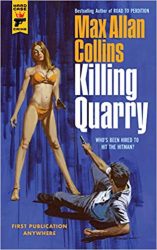 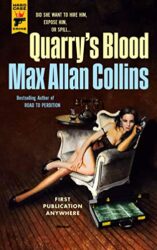 Quarry returns for his final act, bringing the hitman’s decades-long saga right up to the present day.

How to read Quarry in chronological order?

If you like Quarry, you may also want to read Max Allan Collins’s Nathan Heller series or discover our Parker reading order.

Quarry's War is before Quarry in the Black and after Quarry's Choice. This is from a graphic at the back of War. The graphic also validates the chronology above for the first 14 releases in the Quarry series prior to Killing Quarry.

Thanks a lot, I made an update.

Finished reading the book. Based on your chronology and a second author's note at the end of the book, Killing Quarry should be after Quarry in the Middle and before Quarry's Vote.

Need to add the latest, Killing Quarry, to the list above. The author's note in the book indicates the story takes place about a year or so before Quarry's Vote. Will leave it to you to figure out more precisely how this fits above.

Thanks for the information, I'll look into it.

I thought Quarry in the Middle took place after Quarry's Cut but before Quarry's Vote?

Well, I just check, and I made a mistake. For "Quarry in the Middle", I wrote "before" instead of "after" and when I wrote the chronological order, I just follow my bad lead. Thanks for noticing it, I'm going to change that right now.