By the writer of the Quarry series.

Who is Nathan Heller?

The story follows Nathan Heller, a Chicago private investigator (also known as the private eye to the stars) from the 1930s to the 1950s who often get involved in famous crimes. During his investigations, he happened to meet famous people, from Frank Nitti to Amelia Earhart, but also The Kennedys and even Orson Welles. 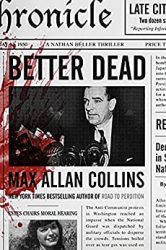 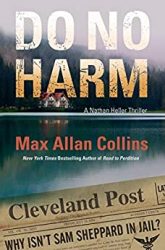