Like a lot of people, I read Dune and I thought it was awesome. Then, I didn’t want it to stop, so I keep on reading. Two books later, it was not as good as it was at the beginning, so I took a break. After a long while, I thought I might pick up where I left off, thinking it would be easy. Wrong, things get more complicated the further you go in the series. So, I tried to compile what I found and this is the result.

Well, it’s a classic and a franchise. Written by Frank Herbert and published in 1965, Dune is a science-fiction epic set in a distant future where the one who controls the “spice” controls the universe — it’s the over-simplistic way to introduce the story.

Dune takes us to a feudal interstellar society in which noble houses controlling individual planets had pledged allegiance to the Padishah Emperor. The story began with young Paul Atreides whose family accepts the stewardship of the planet Arrakis where you can find the only source of the “spice” melange. Politics, religion, ecology, and technology collide when forces of the empire plot against each other in order to seize control of Arrakis.

That’s the one-million-dollar question. For some, there’s nothing good after the original Dune, but if you are here, you probably want more than that. So, here is a possible reading order. It’s not a chronological one, because I think that the best way to start is with the first book published. 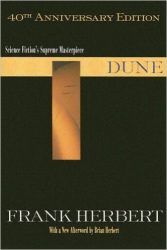 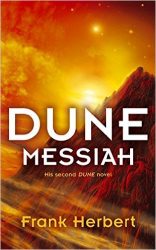 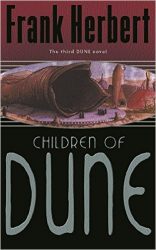 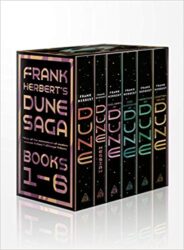 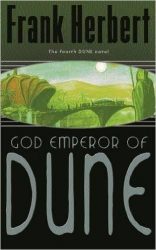 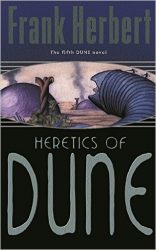 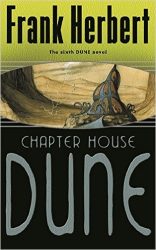 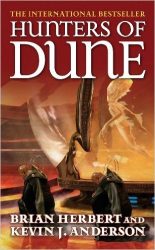 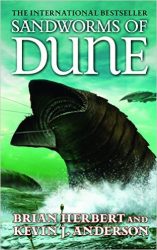 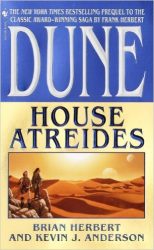 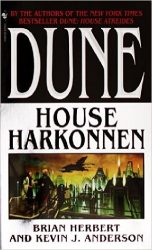 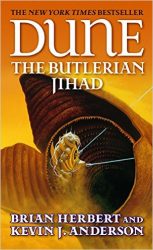 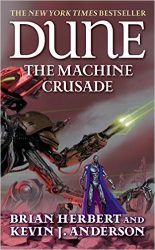 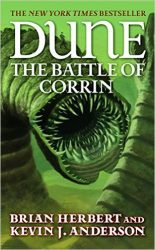 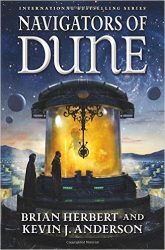 A new Dune adaptation is coming and Brian Herbert wrote with Kevin J. Anderson a new trilogy for the occasion. It’s called The Caladan Trilogy and it focuses on Duke Leto, Lady Jessica, and Paul, leading directly to the events in Dune.

If after all that, you still want more, there are short stories. I put them in chronological reading order.

This is the (mostly) official chronological reading order, apparently. It’s useful if you want to know when to read the short stories or if you are one of those who want to try to read them that way. If it’s the case, good luck to you.

:( Please leave a spoiler alert warning at the beginning of the article! The synopsis for the second and third book gave way too much away :(

Dune was good, sure. I've read it (only) twice. Haven't read any of the other Dune novels (yet). But for my money, Herbert's best series is the Pandora Sequence (incl. Destination Void). I've read the sequence 3 times (4?). I'll probably read it again next year.

The reading order is to read the Books Frank Wrote first. Sadly everyone has gotten one thing WRONG about the Books Frank wrote. He was not able to finish Chapterhouse:Dune and his Son did. As for the Books written by Brian and his co writer if you wish to read them as part of the books by Frank Herbert leave out then that is up to you. While they are about the worlds of the Dune Saga they are not needed to read the books by Frank Herbert.

To Jesse - Where did you get information that Frank Herbert didn’t finish the last book himself?

I read Dune Messiah first. It was in my Fathers shop left there by a travelling salesman. That was 1976. Next I read Dune. I was wondefully stoned and sank into my bed through the mattress and to the floor. I read other Frank Herberts books as to me they were about lsd , in that that substance was like something out of science fictionby the way it opened up humanities potential zt a time when humanity first went i to space a d hunger and poverty was less prevalent for so many.... and never seemed to reach a conclusion.

I agree with Xyzzy, which provides a straightforward answer to the question. Read the six Frank Herbert books, in order of publication. Ignore the rest. They are a fluffy and poor imitation of the original canon. If you are still unsatisfied, re-read the six. You will have missed something. This is not a criticism or a judgement.. just a fact. Enjoy.