When being the third child in the family makes you illegal.

What is Shadow Children about?

Written by American author Margaret Peterson Haddix, Shadow Children is a book series set in a dystopian country where the government has enforced strict population control laws in order to control overpopulation after environmental conditions have severely limited resources, particularly food. It is against the law for families to have more than two children; the law is strictly enforced by the Population Police, killing or imprisoning “shadow children,” any child born after his or her first two siblings.

The story begins with Luke Garner, the third child of a farmer who has lived most of his life hidden in his house. He has two older brothers, Matthew and Mark. After meeting Jen Talbot, the third child and only daughter of his affluent new neighbors, the Talbots, Luke begins to question his status as a third child and the world he lives in.

Soon to be a major motion picture from Netflix!

What is the The School for Good and Evil series about?

Written by American author Soman Chainani, The School for Good and Evil is described as a young adult fantasy fairytale series.

The series is composed of two trilogies, the first being about the adventures of two best friends named Sophie and Agatha. They joined the School for Good and Evil, an enchanted institution where children are trained to become fairytale heroes or villains.

Read More »The School for Good and Evil Books in order: How to read Soman Chainani’s series?

These are exciting, high-tension stories told in a driving, torrential narrative that never lets up. This is great fiction. — Stephen King.

What is Gone about?

The Gone series is a young-adult dystopian science fiction book series written by Michael Grant. The series is centered on the fictional Southern Californian town of Perdido Beach, in which every human aged 15 and older vanishes. The town and surrounding areas become encased within an impenetrable barrier that burns to the touch, with many of its inhabitants developing supernatural powers.

The books follow the exploits of Sam Temple, as he battles antagonists Caine Soren, Drake Merwin, and Diana Ladris as well as a mysterious, malevolent creature, known as the Darkness or the Gaiaphage.

Welcome to the Center of the Universe.

What is The Keys to the Kingdom about?

Written by Australian fantasy author Garth Nix, specialized in children’s and young adult fantasy novels, The Keys to the Kingdom chronicles the adventures of Arthur Penhaligon, an asthmatic 12-year-old boy who is chosen to become the Rightful Heir of the House, the center of the universe.

Arthur must now attempt to defeat the Morrow Days, the criminal Trustees of the House. The series takes place over a span of three weeks. Time moves at different speeds at different locations in the series.

Read More »The Keys to the Kingdom Books in Order: How to read Garth Nix’s fantasy-adventure series?

The Secrets of the Immortal Nicholas Flamel Books in Order: How to read Michael Scott’s series?

Nicholas Flamel, the man who discovered the philosopher’s stone. You know, like in Harry Potter…

What is The Secrets of the Immortal Nicholas Flamel about?

The story centers around Sophie and Josh Newman, two fifteen-year-old Americans whose life is changed forever when Dr. John Dee engages Josh’s boss and bookstore owner, Nick Fleming (who’s really Nicholas Flamel), in a battle of magic in order to steal an ancient book, The Book of Abraham the Mage.

Read More »The Secrets of the Immortal Nicholas Flamel Books in Order: How to read Michael Scott’s series?

What is Seven Realms/Shattered Realms about?

Written by the American author Cinda Williams Chima, The Seven Realms is a  four books high fantasy series set in the Queendom of the Fells – a world of medieval technology, swordplay, castles, and keeps. The story follows Han Alister, a thief-turned-wizard who joins forces with Princess Raisa ana’Marianna to defend her right to the Gray Wolf Throne.

The sequel series, titled Shattered Realms, takes place in the same world, but a generation after the events of The Seven Realms and follows the progeny of many of the characters in the original series. 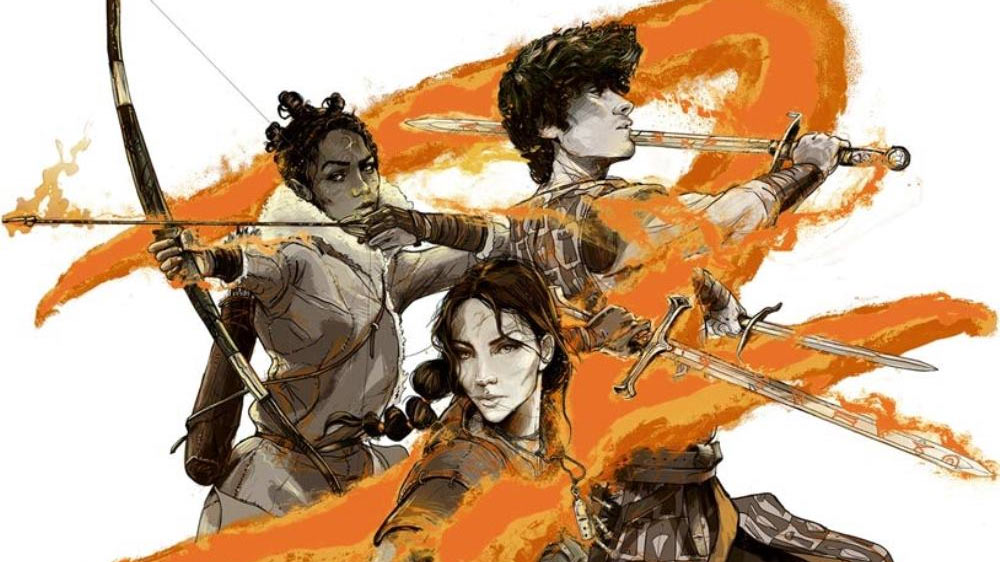 The Old Kingdom Books in Order: How to read Garth Nix’s series?

What is The Old Kingdom about?

Written by Australian author Garth Nix, The Old Kingdom is a young adult fantasy-horror series that takes place in a world where the line between the living and the dead isn’t always clear—and sometimes disappears altogether.

The Old Kingdom is where Free magic and Charter Magic exist, where you can find dangerous entities, ranging from the undead to powerful sorcerers and Free Magic elementals. Close to the Old Kingdom stand Ancelstierre, an unmagical country which has a technology level and society similar to that of the early-20th century Australia.

What is Dragonriders of Pern about?

Written by American-Irish author Anne McCaffrey, Dragonriders of Pern is a science fantasy series published since 1968. Beginning in 2003, her middle child Todd McCaffrey has written Pern novels, both solo and jointly with Anne. The series comprises 23 novels and several short stories.

Dragonriders of Pern takes place in an isolated world where life is presented as a pre-industrial society. But their ancient way of life is about to come under attack from a myth that is all too real. And a girl and her dragon will change Pern forever.