The Selection Books in Order: How to read Kiera Cass’ series?

When The Hunger Games Meets The Bachelor, you obtain The Selection…

What is The Selection series about?

A young adult series written by Kiera Cass, The Selection takes place in a dystopian world, in the country of Illea, which was once the United States and focuses on a competition designed to pick a woman to become the future wife of Prince Maxon and take on the role of Queen of Illea.

This competition is the heart of the third first books, the two others are sequels written from the point of view of Princess Eadlyn, the firstborn daughter of Prince Maxon.

The Selection Books in Chronological Order: 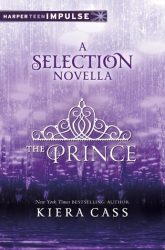 The Queen – Novella. This prequel story takes place before the events of The Selection and is told from the point of view of Prince Maxon’s mother, Amberly and how she became a beloved queen. Included in Happily Ever After.

The Prince – Novella. Before America Singer was chosen to compete in the Selection, there was another girl in Prince Maxon’s life. In The Prince, follow Prince Maxon through the week leading up to the beginning of the Selection—and the day he first meets America. Included in Happily Ever After. 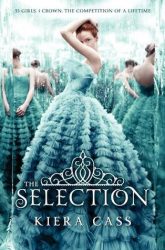 The Selection – Book #1. For thirty-five girls, the Selection is the chance of a lifetime. The opportunity to escape a rigid caste system, live in a palace, and compete for the heart of gorgeous Prince Maxon. But for America Singer, being selected is a nightmare. It means turning her back on her secret love with Aspen, who is a caste below her, and competing for a crown she doesn’t want. Then America meets Prince Maxon—and realizes that the life she’s always dreamed of may not compare to a future she never imagined. 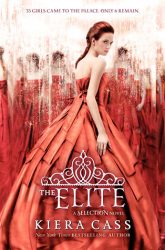 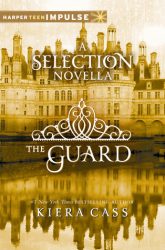 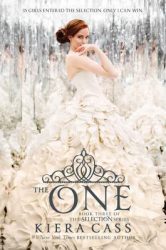 The Elite – Book #2. Thirty-five girls came to the palace to compete in the Selection, and to win Prince Maxon’s heart. Now six girls remain, and the competition is fiercer than ever—but America Singer is still struggling to decide where her heart truly lies. Is it Prince Maxon—and life as the queen—that she wants? Or is it still Aspen, her first love?

The Guard – Novella. This 64-page story begins just after the group of Selected girls is narrowed down to the Elite and is told from Aspen’s point of view. Included in Happily Ever After.

The One – Book #3. When she was chosen to compete in the Selection, America never dreamed she would find herself anywhere close to the crown—or to Prince Maxon’s heart. But as the end of the competition approaches, and the threats outside the palace walls grow more vicious, America realizes just how much she stands to lose—and how hard she’ll have to fight for the future she wants.

The Epilogue – Short Story. After The One. An 11-page story that takes place two years later on Maxon’s birthday. Included in Happily Ever After. 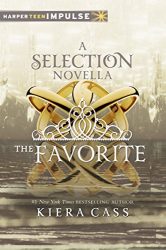 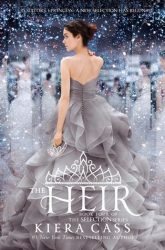 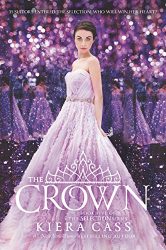 The Favorite – Novella. Told from Marlee’s point of view, this 64-page story returns to the fateful Halloween when Marlee and Carter were discovered and reveals how that night—and Prince Maxon—changed their lives forever.

The Heir – Book #4. Princess Eadlyn has grown up hearing endless stories about how her mother and father met. Eadlyn has always found their fairy-tale story romantic, but if it were up to her, she’d put off marriage for as long as possible. But Eadlyn can’t escape her very own Selection and one entry may just capture Eadlyn’s heart, showing her all the possibilities that lie in front of her.

The Crown – Book #5. Eadlyn still isn’t sure she’ll find the fairytale ending her parents did twenty years ago. But sometimes the heart has a way of surprising you…and soon Eadlyn must make a choice that feels more impossible—and more important—than she ever imagined. A bonus epilogue is included in the Barnes & Noble special edition.

Happily Ever After – Companion to the Selection Series. Includes four novellas as well as exclusive bonus content (The Prince, The Guard, The Queen, The Favorite, new scenes from The Selection, The Elite, and The One, introductions to each novella from Kiera Cass, a map of Illéa and other illustrations).

The main series can also be found in one box set. 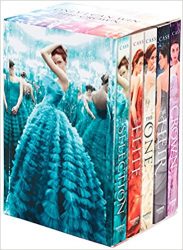 The Grantchester Mysteries Books in Order: How to read James Runcie Series?