The other day I wrote a guide for the Joe Pickett Series, the other Wyoming crime series. I thought at the time that I already covered Longmire, but no. Until now.

Who Walt Longmire is?

Sheriff Walter ‘Walt’ Longmire is the main character of a series of novels written by Craig Johnson.

At the beginning of the series, Walt is the well-respected Sheriff of Absaroka County and plans to run for reelection again the following year. He is a widower, his wife died from cancer; his daughter, Cady, who is an attorney in Philadelphia; and his closest friend is Henry Standing Bear.

Of course, his work is to catch killers in his County, and he is good at it.

Longmire has been adapted for television by the A&E network, then Netflix, starring Australian actor Robert Taylor.

Every book in the Longmire series works as a standalone story, but the lives of the different characters evolve from one novel to the other. 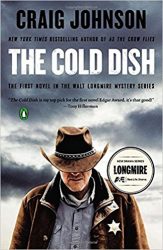 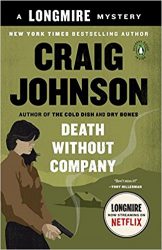 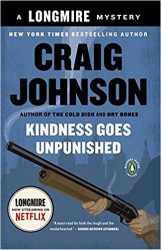 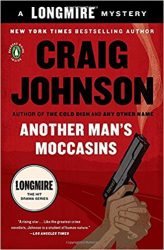 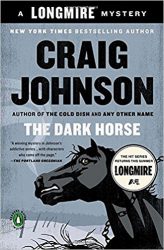 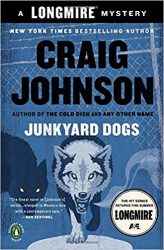 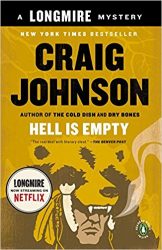 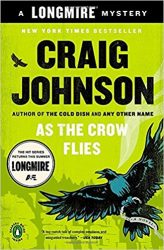 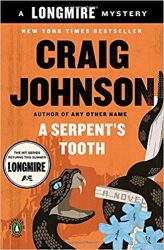 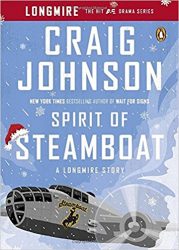 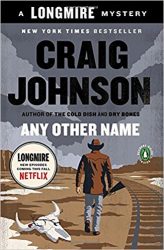 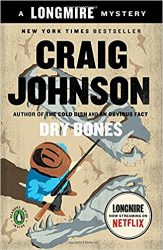 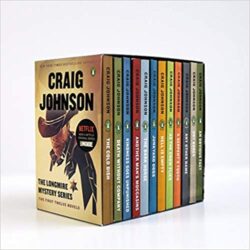 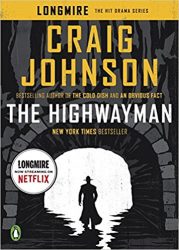 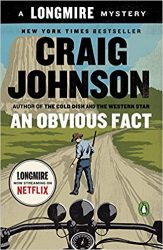 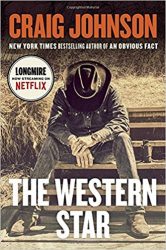 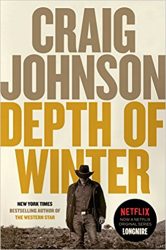 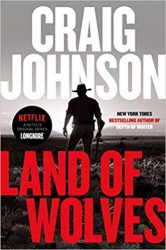 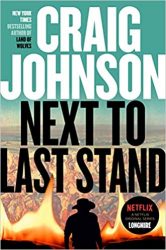 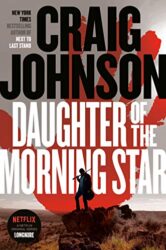 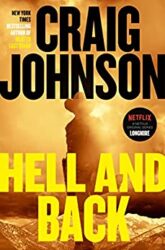 If you like our article about the Longmire series in order, don’t forget to bookmark it!

It helps to read them in order as there are subplots that develop and references as the series progresses. Stand alone - you will miss alot of background.

IMO - the TV series only skirts many of the book plots. So much is left out. So much is added for TV. Characters and relationship in the books are much more developed - especially Walt and Henry. Henry in the show has nowhere the strength and character as he does in the books. Until I read the books, the relationship between Henry and Walt seemed so ambivalent. While I love Lou Diamond Phillips - he never seems "big" enough for this role - reading the books enforced that. A young Grame Green could have been a good Henry - even the actor who plays Mathias could have visually fit the roll more to the book's Henry - except for size. And the book's Omar is often involved and basically a "good guy"....

I would love to see the mysticism that Walt experiences starting in Hell is Empty explored further.....and Dry Bones really needed to have a dedicated episode or two!

Overall - you have to approach the TV series as almost unrelated to the books, or as an extension to them as very little plot is actually shared. BUT!!!! I love them both!

Love YELLOWSTONE and since it is off season someone suggested watching LONGMIRE and I was NOT disappointed. With the resurgence of fans for western dramas this is one that NETFLEX should continue running with as it was a great series and has so much more life in it ! ! !

Have been working my way thru the Longmire books, as they were written.

Just inserted the short stories of Wait For Signs, after Serpents Tooth. Loved it.

Am ordering next 3 books today for myself and a son who is pacing me, from afar.

So glad to have found CJohnson. Don’t read as much fiction as US History, but greatly enjoyed TClancy, RParker, and THillerman and found a large void appeared as each writer passed.

That being said - I’m not a big fan of tv/show remakes of book series. They NEVER live up to my minds eye of the stories. Read the books first is my recommendation. Justified, Deadwood, and Yellowstone stand out to me because there is no writings to contrast them with. The Longmire TV series always had me shaking my head. I like LDP’s work, but as The Cheyenne Nation? Ugh.

Selfishly, I wish a long and healthy life to Craig Johnson, Walt, and Henry-keep up your outstanding work.

I wrote a previous comment on June 28th and would like to add further. I've now watched the first 3 seasons of Longmire. I have listened to 12 of the audiobooks so far. Here's my updated opinion. Other than the title of the series on tv and the name of the main character in Craig Johnson's story series, there is little in common. The tv series is fairly good and interesting, but not one character even comes close, with the exception of Robert Taylor as the Sheriff, to the storybook characters. Lou Diamond Phillips as Henry Standing Bear is a farce. Henry and deputy Vic Moretti's relationship with Longmire is vital to the whole undertone that I believe makes the storybook so enjoyable. I'm surprised Craig Johnson would give his stamp of approval. I realize the tv segments are only about an hour long hence none of the book plots can be developed. But the characters could be developed much, much better. Thinking the tv series represents anything close to the real story board is a disservice to the Longmire reading series.

My daughter and her fiance added me to their Netflix plan and during a recent visit she set about 'building' me a selection of movies or TV shows we thought I might like. I picked the Longmire series, just by the teaser about what the show was about. Modern day Mr. Dillion and all that. After watching a couple episodes we fell in love with the snappy dialog and were hooked. We ended up watching episode after episode for about 4 nights. She even called her fiance and insisted he get on Netflix and catch up with us so she could continue watching when she got home. I think I saw the finale before they did, but I've been re-watching the shows again, starting at Season 1 episode 1. I guess I'm like the rest of the Longmire fans. I can't get enough. In my mind, I've already got Cady elected to her new job, Vic as lead deputy at the office and Walt head of security at the Four Arrows Casino. Seemed like natural transitions to me. I'm hopeful the tribe will benefit from having a new manager at the casino and might actually realize a steady income to improve their lives. Still left hanging as far as the estate of the Connallys, Any other family out there? You might have noticed a 'supposed wife' getting into the Barlow's limousine at the funeral. In prior shows Barlow mentioned he'd tried marriage and it wasn't for him...but then it was a little confusing, especially when he mentioned having time to have another son. Hopefully not giving too much away as a spoiler alert. I read through a list of books by this author and noticed several story lines we haven't seen in the series and was wondering if there will be more in the future.