In truth, this is not really some pure Clancy goodness. Tom Clancy’s Op-Center is a series created by Tom Clancy and Steve Pieczenik. They didn’t even write the novels.

The first 12 books were written by Jeff Rovin. Then in 2014, the series got rebooted by Dick Couch and George Galdorisi.

I. The first Op-Center series in order

Like I said before, there’s a first series entirely written by Jeff Rovin, published between 1995 and 2005. 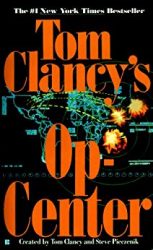 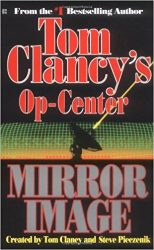 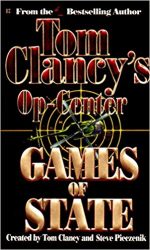 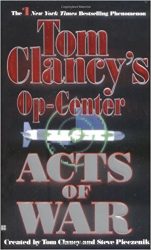 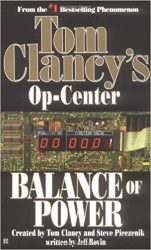 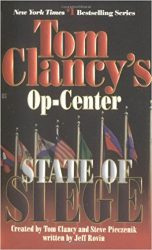 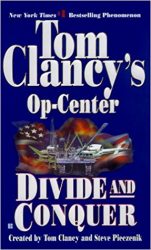 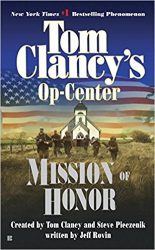 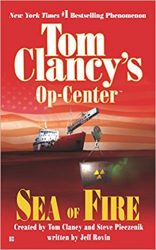 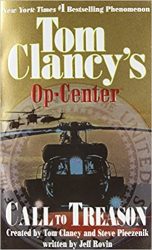 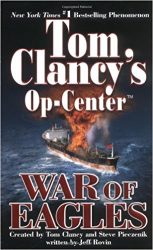 So, nine years after the end of the original series, Op-Center got rebooted by Dick Couch and George Galdorisi. They co-wrote the first two, Galdorisi was alone on the third one then co-wrote the fourth with Jeff Rovin. 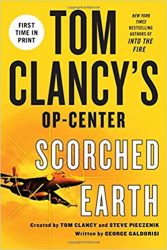 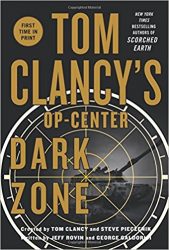 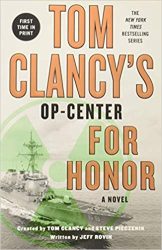 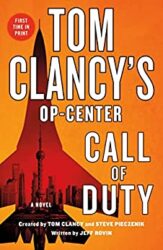 If you like our article about the Tom Clancy’s OP Center series in order, don’t forget to bookmark it!

Are the books connected? Someone gifted me "Balance of Power", "Mission of Honor" and "Against all Enemies", but I'm not planning on buying the ones before yet. Can I read them like that?

I'm almost done with the first eight myself. Can be read in random order coz they give context from the previous books but I personally enjoy reading in order. I was also looking back at the time references, and I think that at least from Acts of War to Line of Control (ie Bekaa Valley to the India-Pakistan border), 5 books at least, is only a matter of weeks! Quite thrilling too.

I am still missing 9 to 11 so I'm scouring resellers for them (I'm just looking for mass market paperbacks, even secondhand ones, which are two dollars a pop), then I have War of the Eagles and that completes the first set.

Second set I only have Out of the Ashes, I might wait a bit since the others are relatively newer and could be more expensive. I mean relatively of course: I'd probably be shelling out 5-10 bucks for the newer ones, still cheap in the grand scheme of things.

I'm also following Net Force, which is gladly still alive, and am 3 books shy of completing the Power Plays series (probably the least enjoyable of the spinoff series for me tbh, still sad that they were discontinued).

Try going to use book stores or Goodwill. You can get these books for a lot less. I’ve seen the original Op-Center series at Goodwill or Thrift stores.

Is it reasonable to read the op center books in a random order? Or do the books build up and I’ll be lost?

I've only read the first seven - so I can only speak to the earlier series. I suppose they could be read in random order. Each is somewhat standalone and fills in enough from earlier books to bring you up to speed. However, I would think you would enjoy them more if you read them in order. The personal stories and interrelationships of the principal characters develop over multiple books.

I had a hard time keeping up w/the series after retiring on disability from the NSA from brain surgeries. I don't have all the books after Sum of all Fears, and when we moved most were misplaced, thrown out or ruined when the cellar to where we are renting flooded. I might have one of the OP-Center books. Trying to find them is also a challenge!

Let me know which books you would like. I have a book seller that has quite a selection in paperback and another in hardback

If you are physically disabled your physician can hook you up with the National LiBrary Service, NLS. Your local library can assist you in facilitating this. Don't take no for an answer. You should qualify. If you are a vet so much the better and not necessary. You will be hooked in to tens of thousands of booksc etc. Downl;oad to your cojputer and then to the thumbdrive for the reader. The reader also should be availale vis NLS, all things being equal. This is a service for the blind and handicapped. I am legally blind and have benefitted greatly. I read (listen) voatiously. Incidently almost all of the Tom Clancy books are available on the NLS website for free downloading. Your libarary should have someone in charge of the NLS probram and should be there to assist you to this end. Good Luck

Try your local library. In some states, a local Library can obtainthe book(s) from another library in the state. Ask at the reference desks. EASY to join a library. Just bring a piece of mail (envelope w cancelled stamp) & yr name on it.