Last Updated 1 year ago.When you can live forever what do you live for?

What is The Twilight Saga about ?

Written by american author Stephenie Meyer, The Twilight Saga is a young adult vampire-romance series about the love story between a seventeen-year-old human girl, Bella Swan, and a 104-year-old vampire, Edward Cullen. Most of the story is told from Bella’s perspective.

One of the biggest phenomenom of the 2000s, with 160 million copies sold worldwide, it’s been adapted in a series of five romance fantasy films from Summit Entertainment, with Kirsten Stewart and Robert Pattinson in the lead roles.

The Twilight Saga Books in Order: 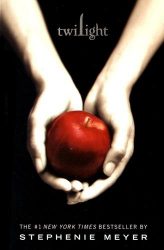 3 thoughts on “Twilight Saga Books in Order: How to read Stephenie Meyer’s series?”