The Last Kingdom just finished on Netflix. Like a lot of historical dramas, there is a part of truth in it, a big chunk in fact, but it’s fiction and, like in the TV Show Vikings or the manga Vinland Saga, where there are Danes, there’s a lot of speculations but it’s really entertaining.

What is The Last Kingdom Series about?

Previously known as ‘The Warrior Chronicles/Saxon Stories’, The Last Kingdom Series is the tale of Alfred the Great and his descendants through the eyes of Uhtred Ragnarson.

More precisely, written by Bernard Cornwell, this series chronicles the emergence of England as a nation on the island of Britain from the actions of King Alfred of Wessex.

If the big events are historically accurate, the story centers on Uhtred of Bebbanburg, a fictional character born to a Saxon lord in Northumbria, but captured and adopted by the Danes. A few years later, his family has been killed by a rival Danes, and Uhtred allies himself with Alfred in order to win back what’s rightfully his. Destiny is all!

If you like The Last Kingdom series, you may want to take a look at the other famous historical series from Bernard Cornwell, the popular Richard Sharpe series.

The Last Kingdom books in order:

The story is told in chronological order, you can still pick up a novel at random and read a full story with a beginning and an end, but it’s better to start from the first one in order to really understand the main character. 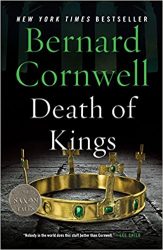 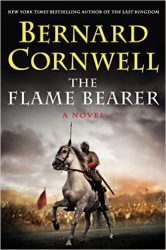 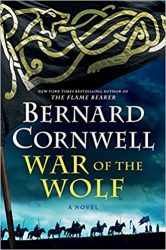 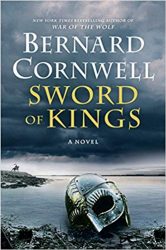 I’ve read a few of these and have become a devoted to reading the entire series. Is ther any where I can purchase an entire set of the 13 books