By the writer of The Enola Holmes Mysteries.

What is Tales of Rowan Hood about?

Written by American author Nancy Springer, Tales of Rowan Hood is a combination of the traditional Robin Hood legends with fantastical, pseudo-Arthurian elements.

The story centers on Rosemary, a young girl of 13 year-old age who lost her half-elf mother, burnt as a witch. She sets off to find her unknown father Robin Hood. She disguises herself as a boy named Rowan, and in her quest, befriends half-wolf Tykell, overgrown enchanting minstrel Lionel, and runaway princess Ettarde. 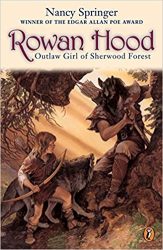 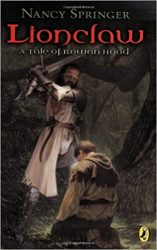 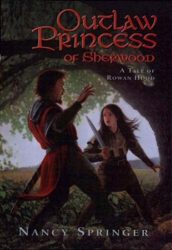 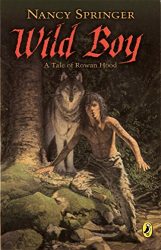 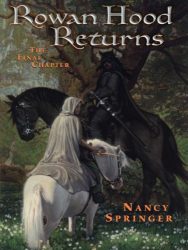