Murder is everywhere, even in Dublin… That’s why there’s a Dublin Murder Squad!

What is the Dublin Murder Squad series about?

American writer Tana French is the First Lady of Irish Crime, it’s strange when you say it like this, but the author of the Dublin Murder Squad actually lives in Dublin.

And so, she writes about the police detectives on the murder squad in Dublin, Ireland. Each book has a different primary character, but with the exception of the first one, the lead had been introduced as a secondary character in another novel before. 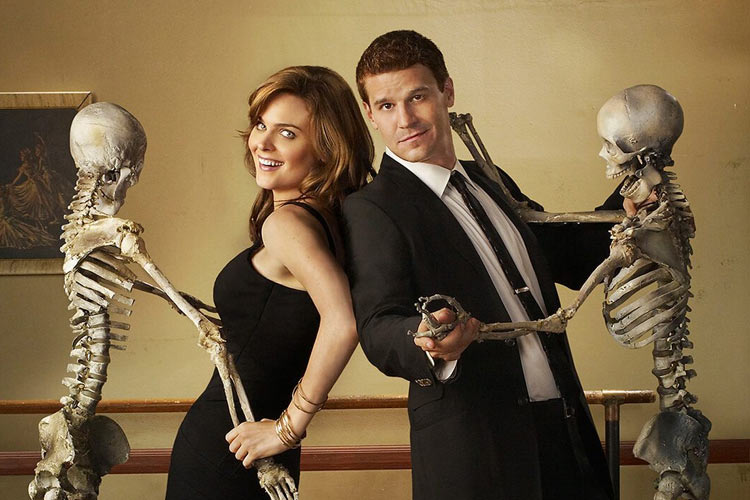 Even if the TV show Bones has ended, Temperance Brennan never stops solving crimes, on paper at least.

Who is Temperance Brennan?

Temperance Deassee Brennan is a fictional character created by author Kathy Reichs. She’s a forensic anthropologist with a background in physical anthropology. And she solves crime.

Usually, Temperance is called to investigate human remains at crime scenes where the flesh is too degraded for a coroner to obtain evidence. She also works at the Laboratoire des Sciences Judiciaires et de Médecine Légale for the province of Quebec in Montreal, Quebec, Canada and teaches at the University of North Carolina in Charlotte … when she’s not occupied with crime scenes.

Main protagonist of the series sets in the English countryside in 1950 and written by Canadian author Alan Bradley, the young Flavia de Luce is smart eleven-year-old with a passion for chemistry and a genius for solving murders.

Also known as The Enola Holmes Mysteries, this creation of American author Nancy Springer is about Sherlock Holmes’ sister, Enola.

Everything began with her mother’s disappearance and her brothers, Sherlock and Mycroft, doing nothing. Enola made a discovery that put her on the road to become herself a detective, even if Mycroft insists that she attend boarding school. Enola prefers working on missing persons cases.

Who is Hamish MacBeth?

Created by M. C. Beaton (aka Marion Chesney), Hamish Macbeth is a fictional police officer who works for the town of Lochdubh. With his superiors wanting to close the locale police station, Hamish must often work outside official channels to do his work for his fellow villagers.

If you like the Hamish MacBeth series, M. C. Beaton also wrote the Agatha Raisin series.

The Peter Decker and Rina Lazarus Series in Order: How to read Faye Kellerman’s books?

Who are Peter Decker and Rina Lazarus?

Fictional characters created by Faye Kellerman, Peter Decker and his Orthodox Jewish wife Rina Lazarus solve crimes together, in their own way. A lieutenant in the LAPD, Decker met Rina Lazarus, a young widow, during an investigation.

After that, they started a family and grew old together from one book to another and, of course, they keep solving crimes. At one point, Decker’s daughter from his first marriage, Cindy, also became a cop and even get to be the star of two books in the series.

There maybe is only one movie adaptation with Katherine Heigl, but there’s a lot more books with Stephanie Plum.

Stephanie Plum is the main character in a series of novels written by Janet Evanovich. She is a female bounty hunter from New Jersey. After being fired from a job as a lingerie buyer, she tried to win money in other small jobs but failed, and then her car is repossessed.

That’s when she turned to her cousin Vinnie, owner of Vincent Plum Bail Bonds, and forced him to give her a job. Now, in each book, Stephanie goes after one or more people who are declared ‘failure to appear’ because they have not appeared for their court date.

Nowadays, there is like a ton of new Stone Barrington books on the shelves every year. It’s hard to follow, so here is a guide:

Who Stone Barrington is?

Stone Barrington is a creation of Stuart Woods. He is a former detective forced out of the NYPD because he too often disagreed with his superiors. Now, he is a lawyer who is ‘of counsel’ to Woodman & Weld, a prestigious Manhattan law firm. He handles cases with which the firm does not wish to be publicly associated.

All of Stuart Woods’ novels take place in the same universe. Therefore, some characters frequently appear in other series, like villain Teddy Fay who comes from the Will Lee series or CIA operative Holly Barker and more.