Like a lot of comic book writers nowadays, Cullen Bunn works for DC and/or Marvel, but also for himself with some self-published series on the side. My favorite is The Sixth Gun and, to be honest, there’s not a real need for a reading guide with this one, but I just use the opportunity to talk about it.

What is The Sixth Gun about?

The Sixth Gun is a comic book series created by Cullen Bunn, like I said, and Brian Hurtt that was published by Oni Press. The story is set in the old west, shortly after the end of the Civil War.

It’s a western with fantasy elements (or sci-fi, I’m not quite sure about the way to define it). The story of The Sixth Gun centers around a set of six magic pistols connected to each other by dark powers. They will be used to rewrite the World.

Each one of the six guns is bound to the man that used it until his death. The Sixth one ends up in the hand of Becky Montcrief and now people want to kill her in order to take it back. With the help of the mysterious Drake Sinclair, Becky goes hunting for the other guns, and she’s not the only one.

Reading The Sixth Gun is pretty straightforward. There’s the main series, but there are ‘spin-offs’, short miniseries set in the past.

I. The Sixth Gun Main Series

As you may have guess, you need to read them in order. 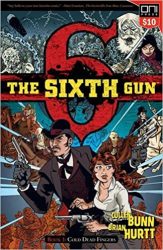 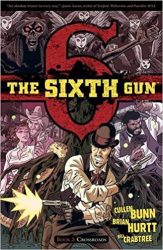 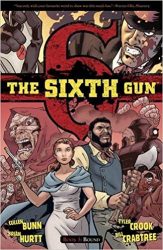 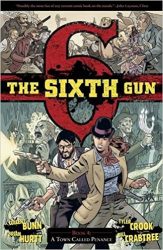 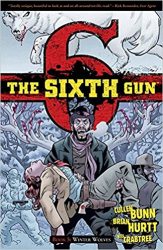 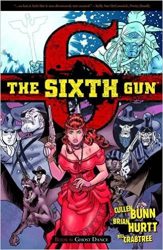 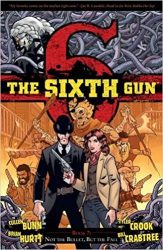 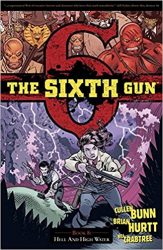 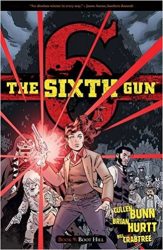 Each miniseries can be read independently from each other and from the main series, and in the order you prefer. Those are complementary stories, I recommend reading them after at least the end of the first half of the main series, and before the last volume, Boot Hill. 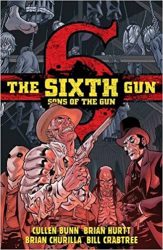 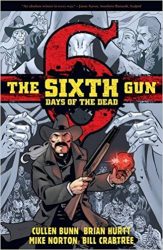 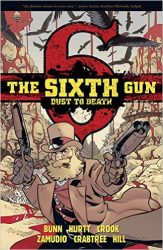 If you are into beautiful and big editions, Oni Press started to republish The Sixth Gun in a deluxe edition. Each volume collects a lot more than the TPBs. 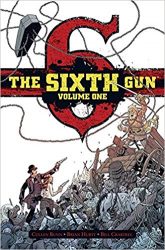 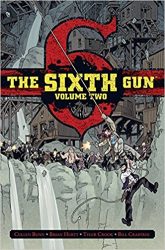 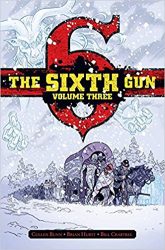 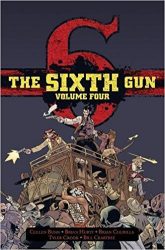