Who is Sarah J. Maas?

Born on March 5, 1986 in New York City, New York, Sarah J. Maas is an American fantasy author. Maas began writing what would become her debut novel, Throne of Glass, when she was sixteen years old, and it has now sold in thirty-five languages.

I. Throne of Glass

You can find a full reading order for the Throne of Glass series here.

This is the story of Celaena Sardothien, an 18-year-old assassin in the Kingdom of Adarlan. After a year of suffering for her crimes in a slave camp called Endovier, she accepts the offer of Crown Prince Dorian, the King’s son, to compete with other assassins and thieves for a chance to serve as the King’s Champion, and eventually gain her freedom after four years in the King’s service.

You can also find the 8 novels in one boxset.

II. A Court of Thorns and Roses

The story follows the journey of the tale of Feyre, as she is brought into the faerie lands of Prythian, after murdering a faerie. 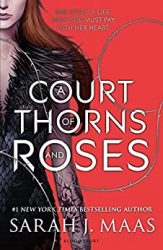 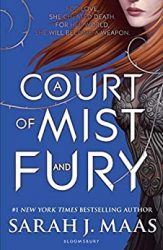 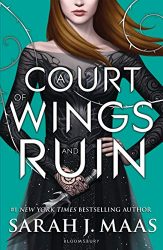 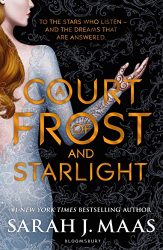 The story follows Bryce Quinlan, half-Fae and half-human, as she seeks revenge in a contemporary fantasy world of magic, danger, and searing romance. 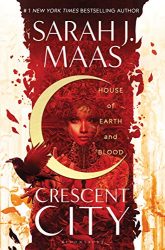 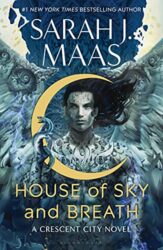 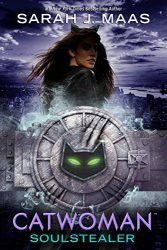 If you like Sarah J. Maas, you may also want to see our Holly Black reading order, or our guide to Victoria Aveyard’s Red Queen series. Don’t hesitate to follow us on Twitter or Facebook to discover more book series.

I love the worlds you created throughout all of your books I’m about to start the assassins blade, I’m so excited! if you wanted to expand and give more on the other characters in Crescent city or Court of rose and thorns I wouldn’t be mad regardless they were phenomenal and can’t wait to read the next book in crescent city Series, the way breath and sky ended omg cliffhanger🫣🤯🤤🤩!!

Having read and loved all of the Thorns and Roses books I felt at a loss at the end because so many integral stories were left unfinished. Example - Elaine’s story. So much left untouched and unsaid. At best I hope this means more sequels, at worst I’m afraid we’ve all been left in the lurch.

I agree with the above comment! I thought there would be more books because I felt like maybe Az and Gwyn would start a romance and maybe Mor and Emerie and was so looking forward to their stories and did wonder also for Eris and Tamlin but did not have as many thoughts for them.

Hello Sarah, I really enjoyed reading the series from A Court of thorn and roses to a court of silver flames. I'm curious to know if they're other books from that which talk about Mor, Azriel, Elaine, Lucien, Gwyn, Eris, Emerie and even Tamlin. I'd love to read about these characters also. Thank you for keeping me busy with your words. Reading the books made me forget I'm out of this world. Your feedback will be highly appreciated.