The sweeping tale of one young family fighting to find their place in the worlds.

What is Saga about?

It depicts two lovers from long-warring extraterrestrial races, Alana and Marko, fleeing authorities from both sides of a galactic war as they struggle to care for their newborn daughter, Hazel, who occasionally narrates the series. 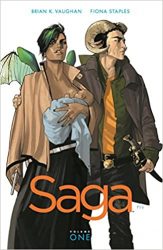 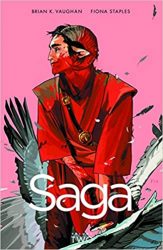 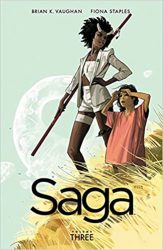 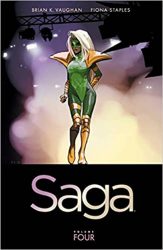 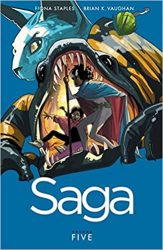 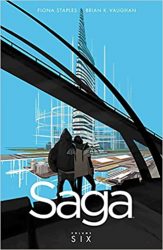 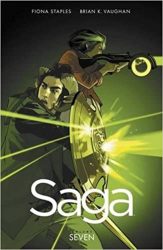 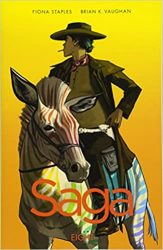 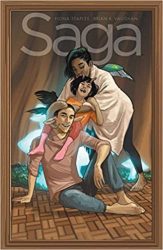 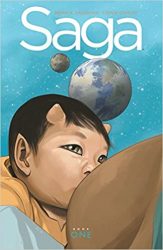 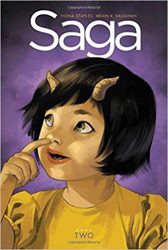 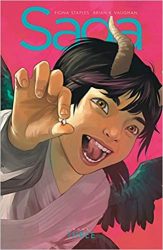 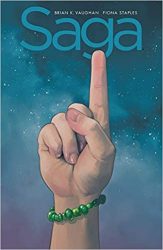