A world filled with secrets, evil twin sister, and voodoo.

After the success of the new adaptation of Flowers in the Attic and its sequel, Lifetime continued to adapt V.C. Andrews’ books, first with an adaptation of The Casteel series and then with The Landry series, with V.C. Andrews’ Ruby Movie Series Event.

Ruby Landry’s story takes place in the Louisiana bayou where she falls madly in love with her boyfriend Paul. However, it isn’t long before she finds out a dark family secret that would change her life forever. The twisted roots of her family tree are brought to the light after she reunites with her estranged father and meets her conniving twin sister.

The Landry series Books in Order: 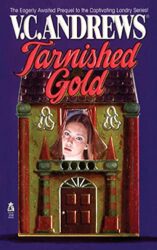 Do any of the series come in large print.