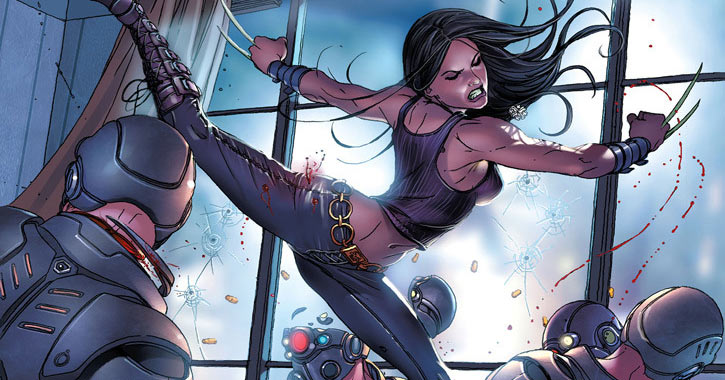 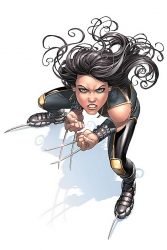 After watching the trailer for the next Wolverine movie, it seems clear to me that X-23 is gonna be big in a few months and some people will certainly want to know more about this mini-wolvy. Why wait for the movie? Let’s start now! Even if this is a relatively new character in the X-Men timeline, X-23 already got a bit of history under her belt.

The short answer is that X-23 is a sort of clone of Wolverine. The Facility is an organization who attempted to recreate Weapon X and failed. The geneticist Sarah Kinney thought that cloning was the way to go, but the genome recovered from Wolverine was too damaged. Sarah decided to alter the DNA against the Facility orders and Laura was born. She was trained to kill Wolverine, but when she got the opportunity, she joined the X-Men. Wolverine became a father figure to her and, now, she is his legacy.

Read More »X-23 Reading Order: Where to start with the new Wolverine?

Like with Quarry, I recently discovered Hap and Leonard via the television series. I watched it because I really like the work of Jim Mickle and Nick Damici, the two men behind the TV show. In fact, their last movie – Cold in July – was also the adaptation of a Joe R. Lansdale book. There’s a season 2 of the show this year, but before that, there still are the books.

What is Hap and Leonard?

So, it’s a creation of Lansdale filled with fun, violence, great dialogues and characters. The story takes place in the ’80s, in the fictional town of LaBorde, East Texas. We follow Hap Collins, a white working class laborer who spent time in federal prison for refusing to fight in the Vietnam War, and his best friend, Leonard Pine, a gay, black Vietnam vet with anger issues. They are as different as they are friends. The two of them regularly end up in a lot of troubles doing some amateur investigating in order to solve various crimes.

The first book was published in 1990 and the series is still alive and kicking after all theses years. We can find Hap and Leonard in novels, novellas, collections of short stories and soon in comic books. 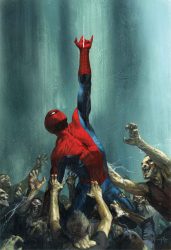 When Marvel announced [easyazon_link identifier=k-Civil+War+II/US/howtoread06-20/” target=”_blank” rel=”nofollow noopener” data-cart=”n” data-cloak=”y” data-keywords=”Civil War II Civil War II, I was afraid because the first one didn’t really help Spider-man. On the contrary, pardon my French, but the post-Civil War was a shit show for Spidey. One More Day anyone ??? Fortunately, our friendly neighborhood Spider-man was untouched. In fact, Carol Danvers is the real victim this time around, the one I am seeing for now. Maybe not the only one. I mean, Rhodey, Banner, Stark, even Hawkeye (but we get a solo Kate Bishop in return, not a bad deal), they all pay a stupid price.

Meanwhile, Peter Parker was preparing for The Clone Conspiracy, his own event. Maybe I should have started with the Civil War II reading guide, but I prefer talking about less enraging thing today.

If there is “clone” in the title, of course the Jackal is back. Weirdly, this time he took the form of a mysterious man in a red suit with an Anubis mask. He visits Spider-Man’s enemies and offers them a deal: he will revive their lost loved ones if they follow his orders. Peter’s family is touched by a tragedy and his enemies allied against him, then dead people come back to life… of course, that’s only the beginning and there are a lot of twists and turns.

Read More »How to read The Clone Conspiracy, a Spidey event ? 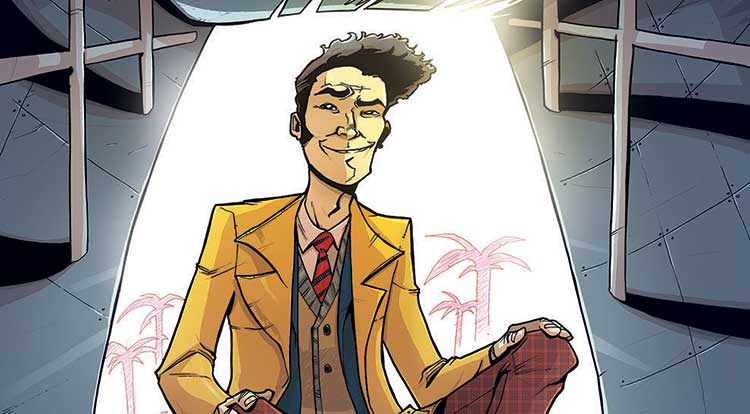