Who is Myron Bolitar?

Created by mystery novelist Harlan Coben, Myron Bolitar is an ex-basketball player. He currently works as a sports agent, being also the owner of MB SportReps, an agency representing sports stars and celebrities.

Myron Bolitar is a good agent, and that’s why he ended up becoming an accidental detective – with the help of his best friend, Windsor Horne Lockwood III (aka Win), the owner of Lock-Horne Investments & Securities.

You’ll find the reading order for the spin-off series Mickey Bolitar at the end.

Also, there’s a short story called ‘The Rise and Fall of Super D’. You can find it in another Coben novel, The Innocent. Published after Darkest Fear.

This is a spin-off series about Myron 15-year-old nephew, Mickey Bolitar. It’s a young adult series, using as background the American school life and adolescence generally. Also Myron appeared in all three books.

If you are interested in these books, you can read them between ‘Live Wire’ and ‘Home’. 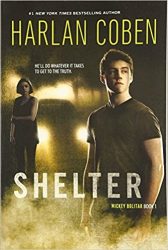 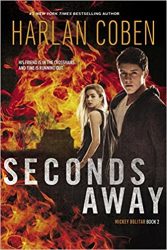 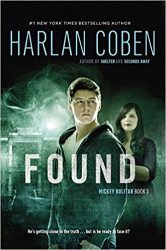 3 thoughts on “Myron Bolitar Books in Order: How to read Harlan Coben’s series?”