Who is Mark Billingham?

Mark Billingham is a British novelist who grew up in Birmingham and graduated with a degree in drama. He first worked as an actor and had minor roles in TV episodes of different shows after moving to London in the mid-1980s. Disenchanted with acting following a series of uninspiring roles, he decided to pursue a career in comedy and he became Gary, one of the guards of the King’s castle, and the Sheriff’s henchman in the comedy Maid Marian and Her Merry Men, which lasted four seasons. He also participated in the writing process during the last season of the show. Then, Billingham turned his attention to writing comedy scripts for television, as well as continuing to act and appear in front of the camera at various points.

A self-confessed fan of crime fiction, he finally published his first novel, Sleepyhead, in 2001, also the first with his DI Tom Thorne. Since he continued to write novels at a steady pace and saw his work being adapted for television, beginning with a Thorne adaptation in 2010 with David Morrisey in the lead. His novel In The Dark has also been adapted as a miniseries by BBC in 2017.

Tom Thorne, is a middle-aged detective inspector who is known for being unpredictable, as he investigates violent crimes, hunts serial killers, and tries to save lives. For more details, go to the Tom Thorne reading order. 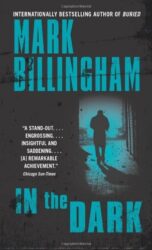 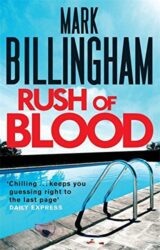 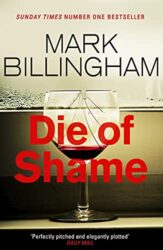 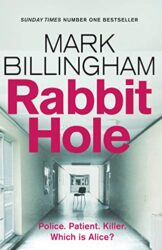 If you like Mark Billingham’s books, you may also want to take a look at our Stuart MacBride reading order or the work of Lee Child. Don’t hesitate to follow us on Twitter or Facebook to discover more book series.