What is the Malazan Book of the Fallen Series about?

Malazan Book of the Fallen is an acclaimed series of epic fantasy novels written by the Canadian author Steven Erikson.

Launch in 1999 with Gardens of the Moon, the Malazan universe is composed of multiple series (some written by Ian Cameron Esslemont) that take us to the Malazan world to explore various struggles for power. It is the story of the Malazan empire, its heroes (there are a lot of characters, human, non-human, and immortal), its conflicts (a lot of subplots), and a new god that came with a lot of problems.

The Malazan Saga is divided into multiple series, more than 20 books–the main series and the spin-offs. The first books though offered mostly self-contained storylines only connected by some characters.

Like with most of those world-spanning epic tales, reading the Malazan series in order is no simple task. Well, it can be if you are open to a non-chronological order. As Steven Erikson tells it

I would take it in the basic order of publication dates. Why? Well, thematically, the internal timeline is less important than the meta-reality of when we, as writers, wrote the books. ―Steven Erikson

Of course, there are more than one series in the Malazan universe. What follows doesn’t pretend to be an ultimate reading order as you will quickly notice, but a series of options. The best is to start to read the main series in order of publication.

I. Malazan Book of the Fallen in Published Order: 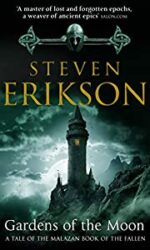 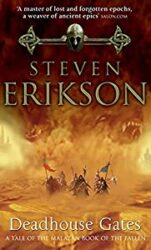 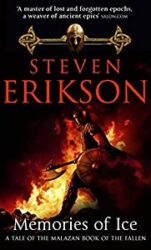 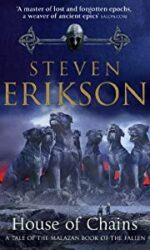 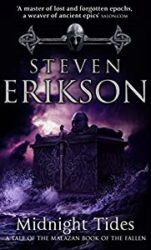 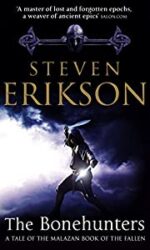 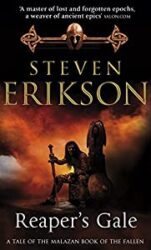 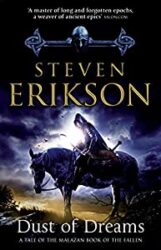 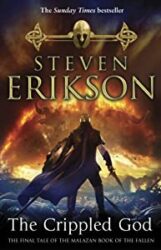 II. Novels of the Malazan Empire in Order

Series written by Ian C. Esslemont, the novels of the Malazan Empire cover events simultaneous with the Book of the Fallen. 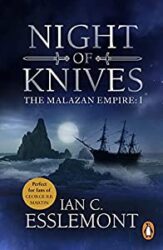 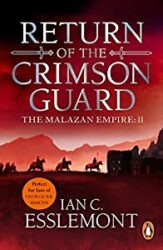 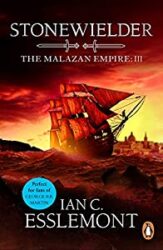 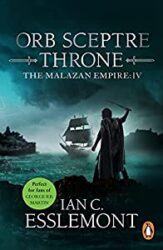 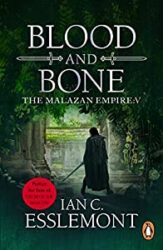 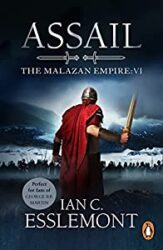 Novellas written by Steven Erikson that are side-stories to the rest of the Malazan narrative.

The necromancers Bauchelain and Korbal Broach – scourges of civilization, raisers of the dead, reapers of the souls of the living, devourers of hope, betrayers of faith, slayers of the innocent and modest personifications of evil – have a lot to answer for and answer they will, but first they must lie, murder and cheat their way through multiples escapades in some of the more deprived fringes and impoverished communities of the Malazan Empire. Much to the shame of their long-suffering general factotum. 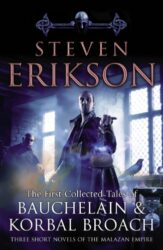 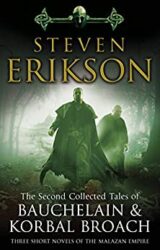 IV. The Prequel Series in Order

Even if they are prequels, it’s better to read them after the main series.

Written by Steven Erikson after the completion of the main series, the Kharkanas Trilogytakes place thousands of years before events in either main series and deals with the Tiste before their split into darkness, light, and shadow. 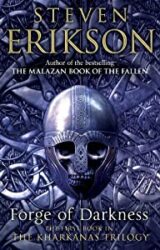 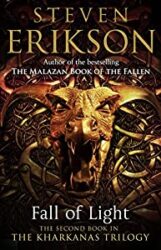 Written by Ian Cameron Esslemont, the Path to Ascendancy series deals with the early adventures of Dancer and Kellanved. 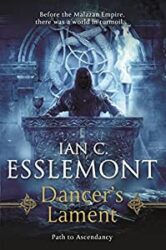 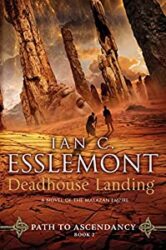 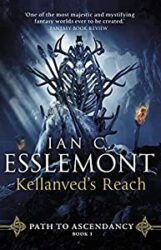 This planned trilogy is a sequel to the Malazan Book of the Fallen written by Steven Erikson that takes place 10 years after The Crippled God. 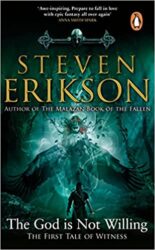 If our article about the Malazan Book of the Fallen Series in Order is useful to you, don’t forget to bookmark it!