Kate Bishop Reading Order: Where to start with the Superior Hawkeye?

Marvel is all about legacy characters nowadays. That’s not always handled well, except for Kate Bishop, the second Hawkeye. She’s awesome and she finally got some love with her own series. Sadly, before that, it was not perfect for her.

Kate is heir to the Bishop fortune, being the daughter of publishing magnate Derek Bishop. Sometime after her mother died, Kate was attacked in Central Park. After that, she began to train hard and started to school herself in the arts of archery and other types of combat. She was determined to help others.

When Kate met the Young Avengers during her older sister’s wedding – when gunmen took the entire church hostage – she decided with Cassie Lang to join the team and that’s where her new career started.

I. The Young Avengers Years

At the beginning of her Marvel career, Kate Bishop teamed up with the Young Avengers. So, that’s where you need to start. That said, everything is not obligatory reading. I personally quite dislike Marvel’s Events of that era and I kind of think that reading the event for only some of the characters is not really interesting. In those kinds of stories, there are so many pieces moving that only a few get some real meaty material. At that time, Kate was too young in the universe to get something consequential, imho. 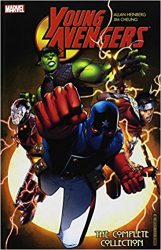 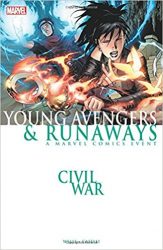 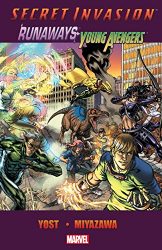 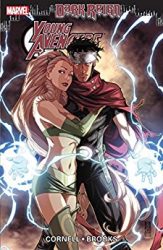 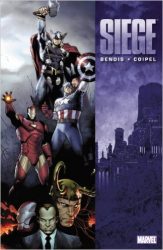 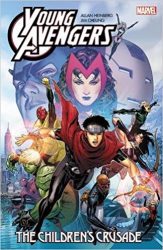 This part began with Young Avengers Presents, a 6-part miniseries. Each part is about one member, the sixth is about Kate and the beginning of her relationship with Clint that will be in the heart of the new Hawkeye Series by Matt Fraction and David Aja.

You can find all of this in one big omnibus.

At that point, Fraction and Aja left and it was on Jeff Lemire and Ramon Perez to continue with All-New Hawkeye 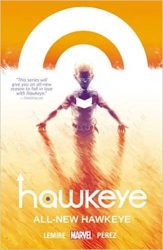 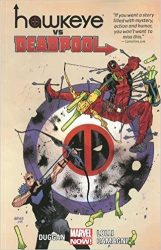 III. Back to the Young Avengers 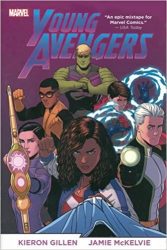 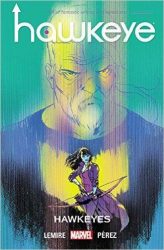 This time, Kate is finally the only hero in charge of her new solo series. She’s in Los Angeles where she is working as a P.I. 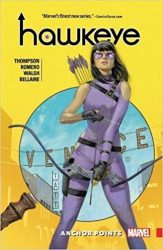 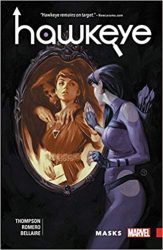 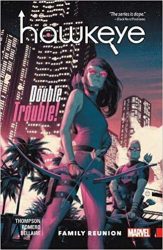 The solo series ends, but Kate, Clint Barton and their friends are continuing their adventures in Los Angeles. Kelly Thompson writes this series in the same style as the previous Hawkeye series, it’s the same thing, but with another name and with more superheroes. 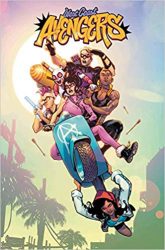 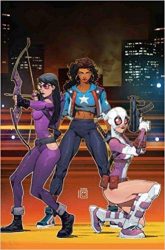