Last Updated 4 months ago.Soon to be a Netflix series!

What is jupiter’s Legacy about?

More than a decade after their last collaboration on The Authority, superstar author Mark Millar and artist Frank Quitely are working together again to bring us Jupiter’s Legacy, a complex story of superheroes, family, justice and power.

Composed of two interconnected series, Jupiter’s Legacy and the prequel Jupiter’s Legacy, this story began at the beginning of the 1930s with a group of young Americans finding powers and using it to make America great. Years later, the new generation of superheroes doesn’t share their way of thinking and conflict emerge that will change the fate of humanity. 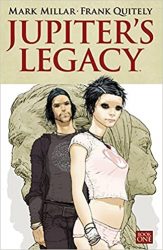 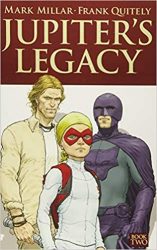 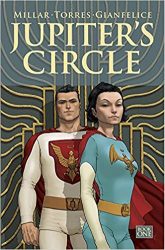 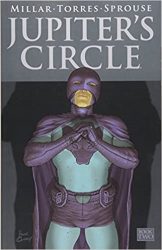 You can read Jupiter’s Legacy/Circle the way you want. Some will prefer to start with Jupiter’s Circle as it is a Prequel series, others will read each series independently.

For those who want the publication order, here it is: