Gideon and Sirius Books in Order: How to read Alan Russell’s series?

A cop and his dog.

What is the Gideon and Sirius series about?

Written by American novelist Alan Russell, the Gideon and Sirius series is a crime series with a canine twist.

The story resolves around LAPD cop Michael Gideon and his police dog partner Sirius. After capturing a notorious serial killer in the midst of an inferno, they were chosen to head up the newly formed Special Cases Unit. The duo has to tackle out-of-the-ordinary cases, anything deemed unusual or bizarre even by Hollyweird standards.

Gideon and Sirius Books in Order: 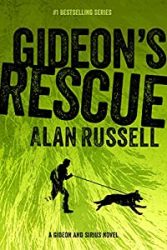