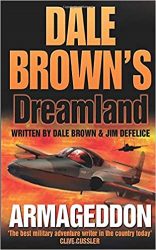 1 thought on “Dreamland Books in Order: How to read Dale Brown’s series?”