By the man behind Odd Thomas, Jane Hawk, and Nameless.

What is Dean Koontz’s Frankenstein Books about?

Presented as a sort of modern updating and sequel to Mary Shelley’s Frankenstein (though on a superficial level), the Dean Koontz’s Frankenstein series takes place in present-day New Orleans.

Victor Frankenstein is still alive, going by another name, and continuing his work. Now, he creates a series of artificial life forms from the ground up, no longer using actual human body parts. Opposed to his activities are his original monster, known as Deucalion, and a pair of homicide detectives. 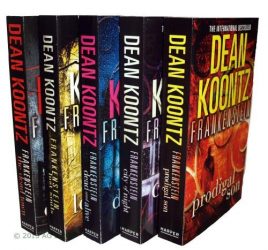