As explained in the Buffyverse Comics Reading Order, Dark Horse Comics’s Buffy the Vampire Slayer license expired at the end of 2018, and the license is now in the hands of BOOM! Studios who relaunched the series in 2019 and followed 3 months later with an Angel title. The publisher didn’t lose time and offered the first cross-over event, Hellmouth.

What is the Hellmouth event about?

Written by Jordie Bellaire and Jeremy Lambert and illustrated by Eleonora Carlini and Marco Renna, Hellmouth is a miniseries of the crossover event tying into the Buffy the Vampire Slayer and Angel comic book series.

As Boom Studios explain to us, Buffy and her Scooby Gang will have to muster all their strength as they deal with an open Hellmouth that threatens the lives of everyone they love in Sunnydale. Meanwhile, Angel, the vampire cursed with a soul, arrives in town to find his redemption by doing whatever it takes to close the Hellmouth… and no human, demon, or Slayer will stand in his way.

I. Before the Hellmouth Event

As Boom Studios reboot the Buffyverse few months before the event, you can read the issues published before to have a better understanding of this reboot : 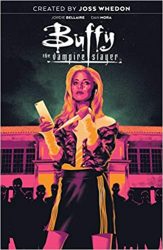 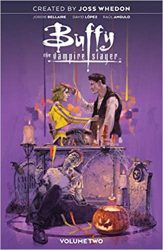 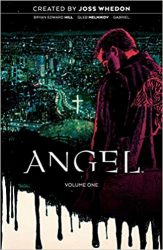 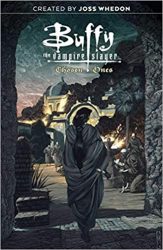 The main story Buffy the Vampire Slayer/Angel: Hellmouth has been collected in a TPB, but if you want the complete story – with the tie-in from Buffy and Angel – each series also has a collected edition. 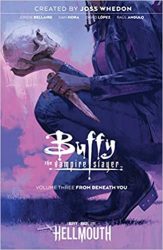 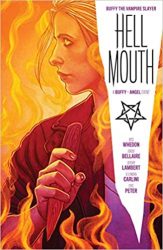 b. Hellmouth Event, The Reading Order By Issue :

As the story unfolds, the events are related from different perspectives and issues happens in parallels to each other. Here is the reading order :