Not The war of Jokes and Riddles, another war with the Joker.

What is the Joker War about?

Written by James Tynion IV and illustrated by Jorge Jimenez, Batman: The Joker War is taking us to issue #100 of the series with a story in which The Clown Prince of Crime and the Dark Knight Detective go head-to-head for the last time.

So, here is the official synopsis: The Joker has never wanted to win before, he’s never wanted his battle with Batman to end, but now his motivation has shifted. As The Joker’s plan to assemble an army materializes, the only person who can save Batman from the brink of true madness is Harley Quinn. And while all this is happening, the villains of Gotham City are waiting out the carnage Joker has unleashed—and Catwoman assembles an army of her own!

This is a reading order is based on what was announced. Changes could happen. Thanks for letting me know if you think changes need to be made.

Of course, you must read the main Batman series, the rest is mostly optional if you only want the essential.

III. After the Event

Like always, when there’s a big event, there are consequences. Those books deal with that. 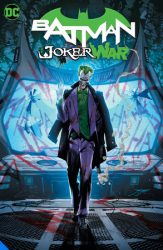 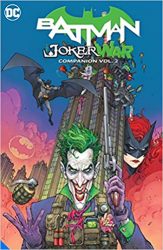 Gideon and Sirius Books in Order: How to read Alan Russell’s series?