When the wild things are not wild anymore.

What is Animosity about?

From Marguerite Bennett, the writer of InSeXts and DC Comics Bombshells, and artist Rafael de Latorre (Superzero), the Animosity series is a road trip working as a coming-of-age story with black humor and a sci-fi twist.

The pitch is: One day, for no reason, the animals woke up. They started thinking. They started talking. They started taking REVENGE. The story takes place in a chaotic world where the newly intelligent animals fight humanity, or each other, for their own life, liberty, and pursuit of happiness. In the middle of this, 11-year-old girl Jesse and her dog, Sandor, who is devoted to her and her protection, begin a cross-country journey to find Jesse’s half-brother, Adam, who is living in San Francisco.

I. The Main Animosity Series 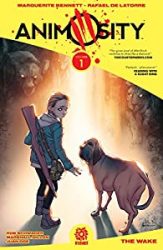 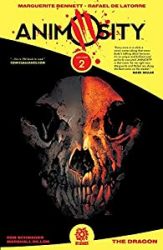 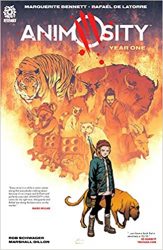 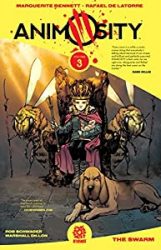 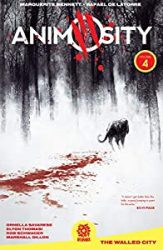 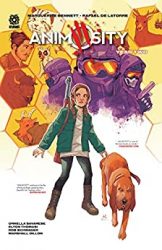 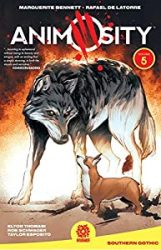 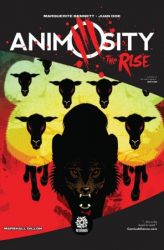 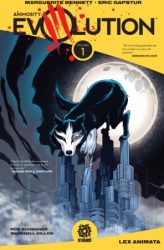 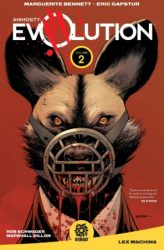