How to read the Incarnations of Immortality series? 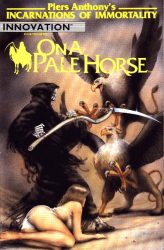 Did you know that the Showtime series Dead Like Me by Bryan Fuller was inspired by the book On a Pale Horse by Piers Anthony? Me neither and I loved that show. It’s a good trivia to know, I guess. By the way, this book is the first of the Incarnations of Immortality series. It’s not a long series, but why not do a reading guide anyway?

What are the Incarnations of Immortality?

It’s an eight-book fantasy series by Piers Anthony. Mostly published between 1983 and 1990, the eighth book only came later (in 2007), the Incarnations of Immortality series transport uw in a fictional reality and history parallel to ours where magic and modern technology help advanced society at the same time.

The story is about supernatural ‘offices’ and, more precisely, it’s the adventures of the ‘Incarnations’, humans who hold these positions. Each Incarnation goes from a mortal life to the office and can use them as they see fit. Those offices are Death, Time, Fate, War, Nature, Evil, and Good.

Like other fantasy series, each book tells a self-contain story, but there are real connexions between the novels, mostly the exploration and developments of the characters. 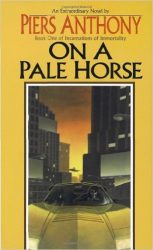 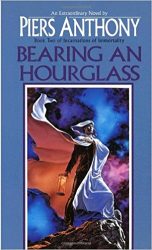 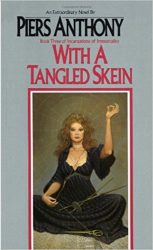 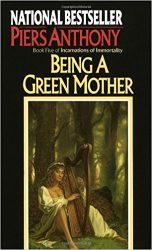 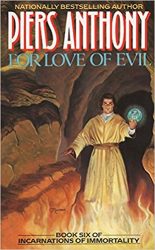 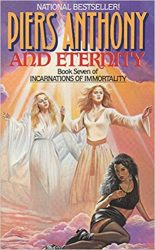 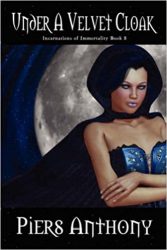 The Vampire Chronicles Books in Order: How to read the Lestat series by Anne Rice?

The Wheel of Time Books in order: How to read Robert Jordan Series?