Discworld Books In Order: How to read Terry Pratchett series?

What is the Discworld?

From 1983 to 2015, The Discworld was the main satirical/parody fantasy series written by English author Terry Pratchett (RIP).

This series is set on the Discworld, a flat planet balanced on the backs of four elephants which in turn stand on the back of a giant turtle. The main storylines take place around the same period, at the end of the Century of the Fruitbat and the beginning of the Century of the Anchovy. It’s an anthology series and each novel contains one stand-alone story, most of them exploiting fantasy clichés and talking about religion, politics, business, race, science, technology, pop culture, modern art or more in a satirical way.

You can read the books in the order you want, because it’s an anthology. But, even if the Discworld is made of stand-alone novels, there are recurring protagonists. What follows is the publication order. After that, you’ll find the order by “subseries” if you want to follow some specific characters. 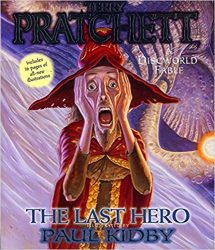 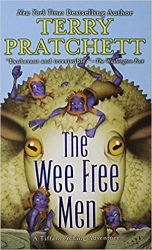 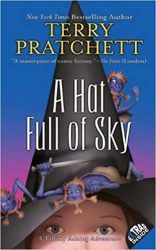 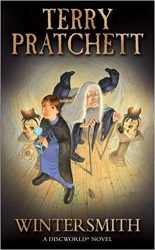 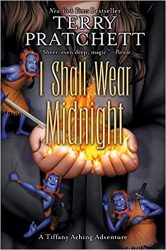 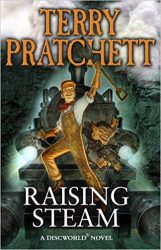 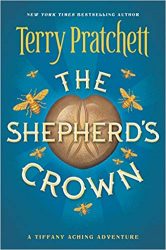 A failed student at the Unseen University for wizards in Ankh-Morpork, Rincewind is mostly known for his tendency to solve minor problems by turning them into major disasters. He spends most of his time running away from bands of people who want to kill him. It’s hard to explain, but he’s still alive.

The personification of death, so he is a black-robed skeleton carrying a scythe. As a Grim Reaper, he is only a part of the universal Death, also known as Azrael. His jurisdiction is the Discworld, of course.

The witches are very different from the wizard, because their magic consists mostly of finding what makes everything else work … and they rarely do any magic anyway. Most of the time, they work hard, use common sense and their brand of psychology called headology.

The City Watch is the police force of the city of Ankh-Morpork. Their stories center on Sam Vimes, a commander who loves his city and an incorruptible idealist who believes in justice. He is also a cynic.

Tiffany is the sixth of the Aching children, and she is a young witch in training who started her career at 9.

Moist von Lipwig was a conman who was captured in Ankh-Morpork and was to be hanged. That’s when Lord Vetinari offered him a job as Ankh-Morpork’s Postmaster General. It’s his start on the road to respectability. 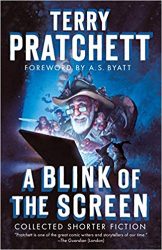 In a fictional universe like the Discworld, it’s no surprise to find short stories. All are available in the anthology A Blink of the Screen collecting almost all of Terry Pratchett’s short fiction work, set in the Discworld or not. If you only want Discworld short stories, read Once More* With Footnotes if you find it at a good price. It also contains articles and more.

There is probably more to add. If you have suggestions to complete these reading guide or if you find errors, tell me in the comment section. Thanks.